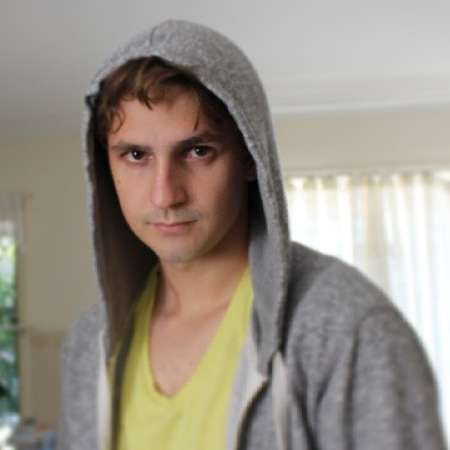 Adrian Van Oyen was born as Adrian James Holt on 30th January 1994 in Beenleigh, Queensland, Australia. Adrian spent most of his childhood in Beenleigh. He is of Australian nationality. Adrian always had a comedic side to him. He was always interested in photography from a small age. He planned to start as a photographer. Adrian always had support from his parents to do what he could do best.

Adrian started out as a photography student. He took formal classes in 2012.Adrian began making funny YouTube videos just for fun. He eventually garnered a lot of audience through his videos. His videos are usually prank videos which are filmed in the public. One of his videos named Awkward Train Situations video accumulated over 50 million views over 2 years of time. His channel has over 1 million subscribers and as recorded in September 2015, Adrian’s videos have over 110 million views. He has been interviewed by former Howard Government Minister Gary Hardgrave. It was aired on 4BC. Adrian has not only had positive comments in his videos but negative as well. He is criticized mostly for his mindless behavior in public that he does for his prank videos. Adrian has also written an e-book called a motivational book named The Key to Confidence. However, he is criticized a lot for the $30 costing book which contains some random pictures of celebrity, quotes, pictures of Adrian himself and grammatical errors. Adrian has also been asked by many companies to promote their products in his videos one of which is Lipton Ice Tea. Adrian was taken into court and pleaded guilty for the nonsensical acts that disturbed the public for the making of his Awkward Train Situations video.

Adrian is rumored to be gay. Since his appearance in YouTube, there has been a question mark to his sexuality. Adrian is reluctant on speaking about his relationship status. Adrian is not of ample age to get married or have children. He is currently single and not seen with many women in the public. Adrian has not had a reported affair with anyone. Not much is known about his past girlfriend. His New Year plan was to get a girlfriend but his dating plans did not go as well as he is till date single. However, Adrian is adored by his female fans. Girls find his face innocent but his actions very naughty. Adrian is most likely to be seen with a girlfriend soon this year.

Adrian is currently 22 year old. He stands tall at the height of 5 feet 7 inches. Adrian has a huge interest in DJing. He started DJing in 2014 as a hobby. He is currently trying to pursue a career in music apart from being a comedian. His net worth is estimated to be a total of $5 million which can clearly depict his huge salary. His bio can be found on various social media sites. He also shares his information in his YouTube videos.