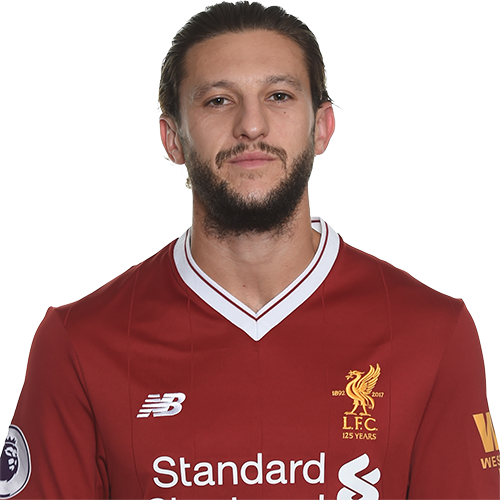 Liverpool’s attacking midfielder Adam Lallana is near to every heart that follows the Reds and is undoubtedly one of the popular names in the English Premier League. He is one of the most accomplished players in the league, doing wonders in both Southampton and Liverpool shirts. He was also included in the all-star line-up comprising of outstanding players of the decade, chosen by Football experts.

Adam Lallana was born Adam David Lallana on 10th May 1988 in St Albans in Hertfordshire. When he was 5, his family moved to Bournemouth suburbs of Iford, where he went to Corpus Christi School followed by St. Peter’s Catholic Comprehensive School. Young Lallana used to support Everton Football Club just like his father David. His father ran a care home and thus, Lallana's character, in a way, shaped in that accord, spending his early years amongst helpless and old citizens.

Lallana’s footballing career began in his own city Bournemouth. Six years old Lallana would show up at the King’s Park with £2, begging to play, and would keep being shown the door, as he was too young. The boy did eventually get a chance as Terry Wateridge brought him in, and boy did he impress!

Lallana joined Southampton youth academy in 2000 where he took an intensive training. His professional debut came 6 years later with Southampton and first professional goal for Southampton in a Championship match against West Bromwich Albion on 28th April 2008. Lallana is one of a group of Southampton players that won back-to-back promotions with the Saints from League 1 and the Championship.

Lallana’s most crucial accomplishment is his recognition in the team of the decade announced at the 10th anniversary of The Football League Awards.

He played for the English side for 8 years before EPL giant Liverpool lured him away, putting £25 million on the table.

With Liverpool, Lallana played as a number 20 and made his debut after coming on as a substitute for Raheem Sterling as the side lost against Aston Villa on 13th September. He scored his debut goal for Liverpool on 4th October 2014 against West Bromwich.

Since then, Lallana has been doing wonders in the red-shirt season after season. However, the attacking midfielder's tenure was not short on injuries either. Lallana suffered a long-term injury at the Audi Cup final against Athletico Madrid keeping him out for months.

There’s a reason this moment will mean so much to OUR team... we’ve seen the struggle and now we’ll see the rewards. Best chapters of this guys story are still to be written! Luv ya bro ?

At the 2018 UEFA Champions League Final against Real Madrid, he came on as a substitute in the 31st minute for Mohamed Salah, as the injured winger left the stadium in tears.

Lallana got called up for England’s senior team on 10th September 2012 for World Cup qualifying match against Ukraine, ahead of the 2014 World Cup, but didn’t get a chance to debut. The debut came in a friendly match against Chile on 15th November 2013.

Lallana made it to the 23-man squad that represented England at the 2014 Fifa World Cup, and made a competitive debut at the World Cup on 14th June, as the side locked horns against Italy in a group stage match. He scored his first goal for the National team in 2018 FIFA World Cup qualification match against Slovakia dated 4th September 2016.

Thrilled to be part of the England Euros set up, should be a great tournament!

He won England Player of the Year Award on 30th January 2017.

Adam Lallana started dating blond beauty Emily Jubb in 2006. The pair got married after 7-year-long healthy relationship on 24th December 2013. They have been married for 5 years now and have two sons, Arthur Michael and Albie George.

They had picked 14th July 2014 to carry out the wedding ceremony initially, but Lallana’s schedule forced the wedding to be preponed. They got married in a rather secret wedding in Peele, Dorset on December 24, 2013, before Lallana could move to Brazil with the English National Team.

Lallana receives a total of $2 Million annually from his current club Liverpool. Apart from his salary, he also has about $9 million invested elsewhere. Being an avid automobile enthusiast, Lallana owns 4 luxury cars worth nearly $1 Million in total.

Outside of his profession, Lallana has also promoted the Autumn/Winter collection of the French Connection as the lead model, in 2014.

All this and many more make up Lallana's net worth, which is currently $20 Million.