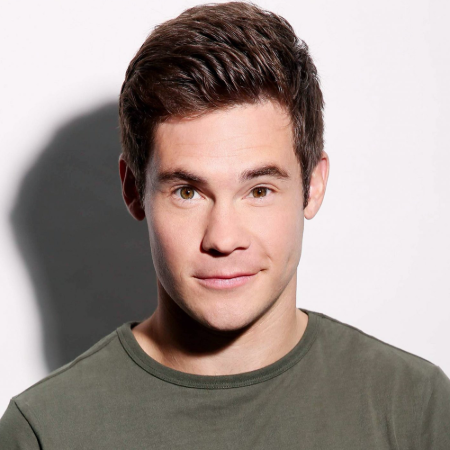 Adam DeVine is an American actor, comedian, producer, singer, and songwriter. He is most known for playing Andy Bailey in the ABC sitcom Modern Family and has appearances in movies like Pitch Perfect, Pitch Perfect 2, The Intern, Why Him?, and Magic Camp.

How Old Is Adam DeVine? What Is His Height?

Adam DeVine was born Adam Patrick DeVine on November 7, 1983, the older of two and only son of Dennis and Penny Devine. He is 37 years old at the time of this writing and stands at 5 feet 8 inches (1.73 meters).

Born in Waterloo, Iowa, and raised in Omaha, Nebraska, DeVine graduated from Millard South High School and went on to attend Orange Coast College in California, in the same class as his friend and collaborator Blake Anderson. He subsequently moved to Los Angeles to pursue his career.

What Movies & TV Shows Is Adam DeVine Known For?

Adam DeVine began his career as a stand-up comedian as part of the troupe Mail Order Comedy with Blake Anderson, Anders Holm, and Kyle Newacheck. Their popularity exploded with the tech boom of the 2000s and they became prominent fixtures of television with their own sitcom on Comedy Central, Workaholics.

Outside of his work with Mail Order Comedy, DeVine went on to have a prolific acting career. He has appeared in movies like Mama's Boy, Pitch Perfect, Neighbors, Pitch Perfect 2, The Intern, Mike and Dave Need Wedding Dates, Why Him?, When We First Met, Game Over, Man!, The Package, and Magic Camp. 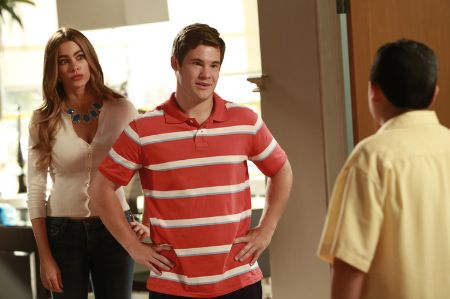 He was one of the main characters of the ABC sitcom Modern Family during the fifth, sixth, and seventh seasons as Andy Bailey. He also created, wrote, produced, and starred in his own sitcom on Comedy Central, Adam DeVine's House Party. He currently stars as Kelvin Gemstone in Danny McBride's HBO comedy series The Righteous Gemstones.

Besides that, he has appeared in several other TV shows like Frank TV, Community, Arrested Development, and Comedy Bang! Bang!.

Who Is Adam DeVine Dating? Who Is His Girlfriend?

Adam DeVine has been in a relationship with actress Chloe Bridges since February 2015. after having met on the set of filming the 2015 horror comedy The Final Girls. 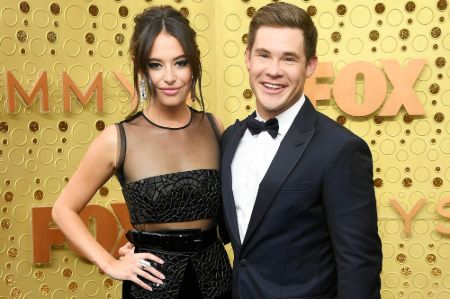 They got engaged in October 2019 after dating for four years.

According to celebritynetworth.com, Adam DeVine has a net worth of  $8 million as of March 2021. The 37-year-old credits his career as an actor-comedian for his wealth. He is perhaps most known as  Andy Bailey in the ABC sitcom Modern Family and for his appearances in movies like Pitch Perfect, Pitch Perfect 2, The Intern, Why Him?, and Magic Camp.