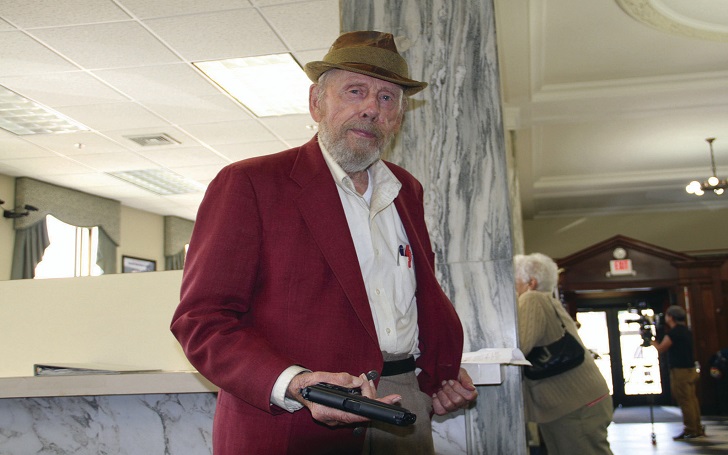 The Apollo 13 star and father of director Ron Howard, Rance Howard has died at 89 on Saturday, director Ron confirmed through a tweet.

Ron wrote on Twitter praising his father for the ability to balance ambition with great personal integrity. His Tweet reads: "A depression-era farm boy, his passion for acting changed the course of our family. We love & miss U Dad."

Clint & I have been blessed to be Rance Howard’s sons. Today he passed at 89. He stood especially tall 4 his ability to balance ambition w/great personal integrity. A depression-era farm boy, his passion for acting changed the course of our family history. We love & miss U Dad.

The Oscar-winning director, however, has not mentioned the cause of his death yet. Several actors have been offering sympathies to the grieved family. Russel Crowe, who has worked with Howards, actor Josh Gad Corey Feldman, and Joe Dante took to their Instagram to express their sympathy.

Hey @RealRonHoward my deepest condolences . He was a fine man indeed was Rance Howard . Fine man , fine actor .
Being in his company was always a pleasure. https://t.co/yYYZgeViBq

Today we lost one of the greats: #RanceHoward, who I was proud to call a personal friend. When I first arrived in LA , he opened his home to me & made me feel like family. He was a legend, both as a person & performer. @BryceDHoward & @RealRonHoward sending lots of love.

RIP RANCE HOWARD! A LEGENDARY ACTOR & A KIND GOOD HEARTED MAN WHOM I HAD THE PLEASURE OF DIRECTING ONCE! HE WAS AMAZINGLY PROFESSIONAL AFTER 50 ODD YRS N THE BIZ! HE GAVE ME A GR8 COMPLIMENT WHEN HE TOLD ME MY DIRECTING STYLE WAS MUCH LIKE THAT OF HIS SON RON HOWARD! MY HEART &

Condolences to Ron Howard, whose dad Rance Howard has passed at 89. I first met Rance while editing Grand Theft Auto (he co-wrote with Ron) and he eventually became one of my favorite go-to actors on numerous projects. A stand-up guy who worked till the end. pic.twitter.com/3wJ0Makbb5

According to the IMDB, Howard was born in Oklahoma on November 17, 1928, and was survived by two sons, granddaughters and one great-grandchild. He was married to Jean Speegle Howard and Judy Howard who preceded him in death.

Howard debuted with Frontier Woman in 1956 where his last movie was Nebraska in 2013. Six of his movies were nominated for the best movie in Oscar; Chinatown, Apollo 13, A Beautiful Mind, Frost/Nixon, and Nebraska.