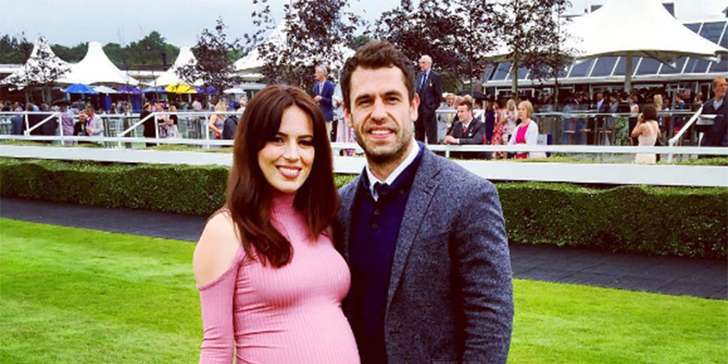 After getting married a year ago, after a long 9 years of dating, the couple has been making preparations to welcome their new addition to the family. Eliza Marsland has been using social media to share some sexy pregnancy pictures since about 9 months. Just a few weeks ago, she posted a photo of herself and her husband Kelvin showing her baby bump at the Chester races.

According to Kelvin, The actress looked so much beautiful in their wedding that she took his breath away. Kelvin told that he knew he wanted to marry Liz the day he met her and deep down he knew she was the one. They were married in front of guests including Michelle, and his Emmerdale co-stars.

Kelvin who is going to be a dad soon is best known for his role as dad Andy Sugden on the ITV soap and now he is going to be it for real. Actress Eliza by playing Liz Steele in the BBC series in the club about the stories of six pregnant mothers made her TV debut this May. Just a few weeks ago she posted a photo of herself and her husband in Instagram saying 'Trying my hardest to work the pregnancy pose and @kelvin_fletcher just kill the picture. #soontobe3ofus'.

The English actor and model who was born in Oldham, Greater Manchester, England in January 1984 has a current net worth of $5 million. He started taking drama classes at the age of seven at Oldham Theatre Workshop. He has appeared in more than 1100 episodes of the show Emmerdale since 1996. He has also won The British Soap Opera awards for best dramatic performance as well as Most Spectacular Scene on Emmerdale.