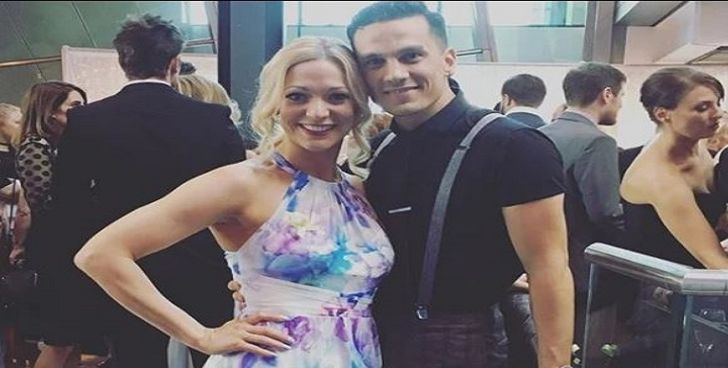 Congratualtion are in order to Aaron Sidwell and Tricia Adele Turner!!!

The former EastEnders star has officiated about his engagement to longtime girlfriend-turned-fiance, Adele-Turner. The pair dated each other for more than six years before Aaron Sidwell popped the question.

The actor took to his Instagram account where he shared the image of the couple kissing. Aaron shared a romantic proposal at London's Carnaby Street on Sunday. 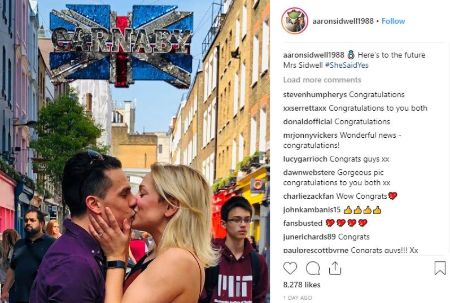 He captioned the picture stating that her girlfriend said Yess after he popped the question.

After the engagement got officiated, Aaron received congratulation from most of his friends. His on-screen father Adam Woodyatt on EastEnders was the first to congratulate the couple. Later on, Tilly Keeper also commented in his post writing,

Congratulations! So so happy for the two of you.

Previously, Aaron was married to Grace Isted in 2009 with whom he parted his way in 2013 and officially divorced in 2017. The former couple welcomed two daughters: Matilda, and Isla Sidwell.

Just after the divorce with his first wife, he started his romantic relationship with Tricia Adele Turner after meeting on the set of Carnaby Street: The Musical in 2013 and now the couple is set to get married.