Aaron Paul - "I don't know who crashed my wedding" 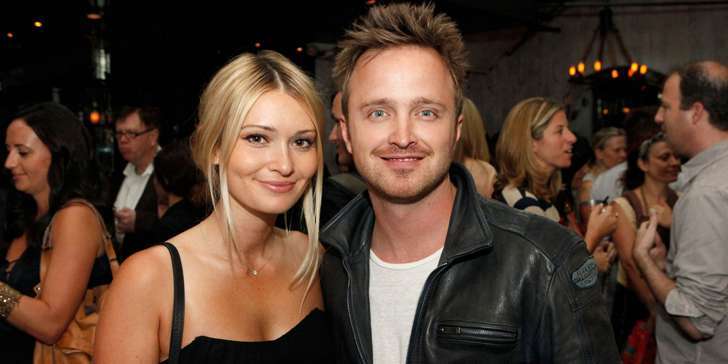 Breaking Bad series star, Aaron Paul tied the knot with his girlfriend Lauren Parsekian after few months to their relation and were engaged for a little while. Hollywood wedding means one of those A-list unions of the stars who most of them only fantasize about but three years ago, a trio of hardcore Breaking Bad fans actually followed through on that weird fantasy. And on Monday night, series star Aaron Paul, who played Bryan Cranston’s meth-cooking sidekick Jesse Pinkman, revealed how he found out that complete strangers together attended his 2013 wedding to Lauren Parsekian.

Aaron paused revealed on the late show, saying they only realized it when they were going through their wedding photographs and saw these strangers. But one mistake they had done was that they didn't wear the dress according to the wedding theme. Paul said, “We had a 1920s Parisian carnival wedding and these people were just in basic wedding attire, and they just stood out like a sore thumb,” Paul said, adding that he still has no idea who the three people were. “

This one girl almost caught Lauren's bouquet,” Paul said about one of the bold wedding crashers. “She dove for it—violently dove, you could tell on her face that she was going to get it.” Fortunately, though: “She didn't. She was close!” Paul with a net worth of $16 million arranged a big wedding bash 3 years ago. Paul after almost 3 years of the wedding revealed about the strangers at his wedding who were bold enough to take that step and not get caught are quite a story.

Celebrity weddings are usually fantasized by the fans as of the guest lists and the arrangements and everything about the wedding makes it the fan's fantasy but only a few actually make their fantasy come true, as to the strangers at Paul's wedding.