A Birthday tribute to Charlie Chaplin. 662 Chaplins lookalikes set a record in Switzerland 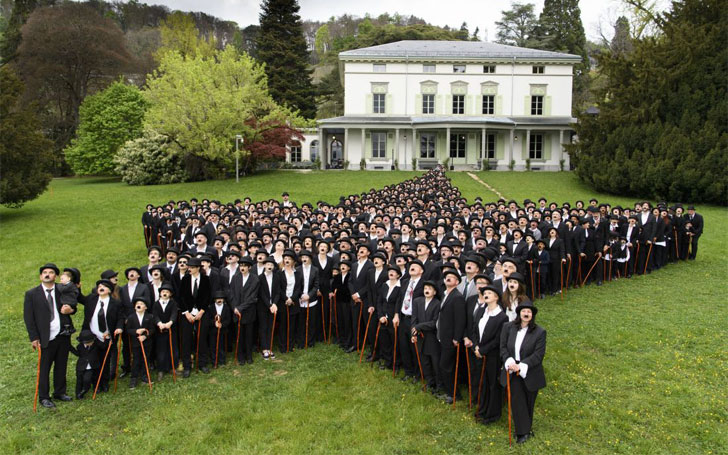 The Silent Film Star, Charlie Chaplin's fans paid a huge tribute to him on his 128th birthday on April 16, 2017. About 662 people all dressed in dark tight suits with baggy pants, a bowler hat, a walking stick and the trademark mustache as his "Tramp" character massed at his former house in Switzerland.

Charlie Chaplin's former House and now The Chaplin's World Museum located at Corsier-sur-Vevey in Switzerland opened a year ago on his 127th Birthday anniversary was the venue for the gathering which also set the history for the most number of dressed-up Chaplins massed together in the world.

The fans of all ages from all over Europe attended the venue of his Birthday anniversary to pay the tribute.

There have been huge Charlie Chaplin gatherings in the past. But this is the first to be certified by an officer of the law.

The museum was inaugurated last year on this day. It welcomed about 300,000 in its first year while the estimation was of 220,000.

Charlie Chaplin was born in London, 128 years ago on this day in  1889. He died in Switzerland in 1977. He shook the America and the whole world with his silent movies and still has echoes today.