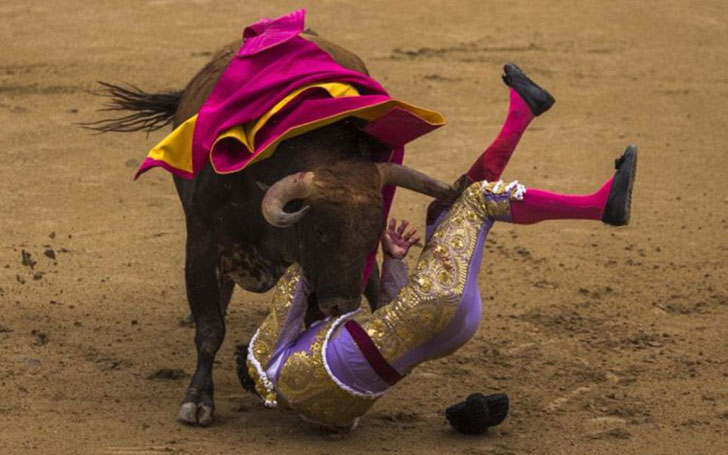 A trainee matador Jesus Chover suffered a severe attack from the raging bull during a training fight in Valencia, Spain.

The rookie was inviting the bull forward being on his knee by waving the cloth which went wrong, as a result, the furious bull smashed him into the dusty ground and slaughtered his back and arm causing two severe cuts.

The fighter got 20-cm cut in his back and a 12 cm cut in his arm including other injuries and he was later taken to hospital in an ambulance wrapped in blankets.

Chover's locked knee position didn't let him move quickly enough and the bull jumped over him which left him somersaulting on the dust. One of the horns hit him hard in his back, between the ribs whereas the bull made his last hit perfectly on target as he managed to hit on matador's head before the supporting staff cleared the ring.

Rookie bullfighter was smashed during training

Another rookie bullfighter Angel Sanchez was taken to hospital after being rammed by the bull in the same day in Los Manos in Valencia.