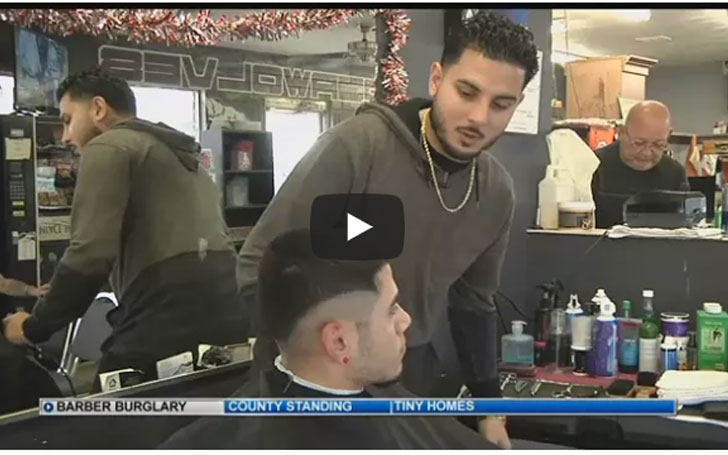 Thieves have broken into a Pueblo barber shop, Aguilar's Family Hairstyling, on the eastside and stolen Von Miller Jerseys and Broncos and Raider merchandise.

The owner of the barber shop and his grandson said the thieves took away two Von Miller Super Bowl jerseys and some customized Raider Hater t-shirts. The items were more than ordinary and more than just decorations, the owner said.

In a recently obtained video, we can see, Devon Aguilar, who was cutting a customer's hair, saying, "It's done, man. I'm going to miss." Aguilar went on saying, "I like the t-shirts more than the jerseys. I'm not a huge Von Miller fan, but the t-shirts were cool."

Broncos and other sports merchandise used to decorate the shop where the owner sometimes sells the items and sometimes gifts the customers who couldn't afford it. Owner Louie Aguilar said,

We like to just do that for the simple reason that there's people that just can't afford to get stuff.

The tradition has been running for about 25 years on the shop, and it has come to an end now. Louie said,

When I got here our door was shattered, chairs were turned over, and then of course where I keep my merchandise...it was all just taken.

The stolen Von Miller jerseys were black and military style, and another was half orange and half blue. The owner added it's not the first time the robbers have broken into the shop, he said

Aguilar says keeping all these items in the shop is only a matter of risk and he says he no longer wants to keep these merchandise in the shop. Aguilar doesn't have the pictures of the stolen items, but he asks to contact the shop if anyone sees the items.