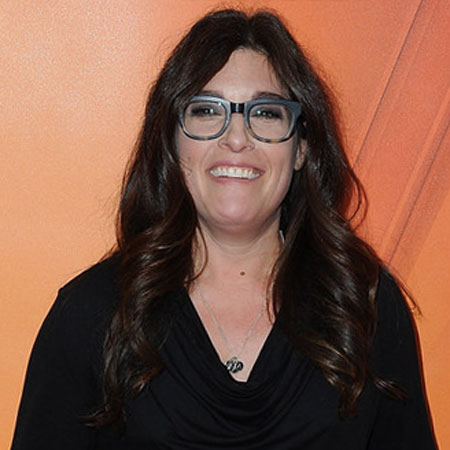 Rebecca Cory, age 46, is an actor, comedian and Animal Rights Activist. She is the president and founder of the Stand Up For Pits Foundation that is a non-profit organization dedicated to ending abuse, discrimination of pit bull type dogs.

Rebecca Cory was born on March 23, 1971, in Kent, Washington, United States of America. She belongs to American nationality, and her ethnicity is white. She grew up in Seattle suburb of Kent, Washington. She went to Chicago when she was 19 years old and lived there for nine years.

There Rebecca Corry attended The Second City, Annoyance Theatre, and Center Theatre, where she studied writing, acting, and improvisation.

Rebecca Corry played the role of Leisha in the NBC comedy One Bug happy alongside Elisha Cuthbert, Nick Zano, Kelly Brook, and Chris Williams. She also appeared in the various television show including Rules of Engagement, The Bernie Mac Show, and The King of Queens that led Corry’s to become the face of a national Gallo wine campaign.

Rebecca Corry made her remarkable appearance in the teen comedy film Big Fat Lair as Astrid Barker, featuring Frankie Muniz, Paul Giamatti, and Donald Detmer. She overcame thousands of competitors to become a finalist on NBC’s Last Comic Standing 4, in 2006.

Rebecca Corry also hosted the second season of David Arquette and Courtney Cox’s interior design show Mix It Up. After that, she worked on the Fox pilot The MidNightly News as writer and producer. She then appeared in the Montreal Comedy Festival as a new face in 2001.

Rebecca Corry is nor married till now and neither is rumored to be dating anyone. The is also no any available record about her dating history. She is focused on her career at current.

Rebecca Corry is an avid lover of a dog. She has posted many pictures with her lovely dog on her Twitter and Facebook. She adopted a Pit Bull Terriers named Angel 6 years ago and loves a lot. She has even written as "I'm Angel's mom" on her Instagram account.

More recently, she was happy to know that Obama even joined the fights for Pit Bull and is against the Breed-Specific Legislation.

Net worth, Salary, and Height

Rebecca Corry’s net worth is an estimated to be in the range of around a million dollar in 2017. She is not so tall as she stands at the height of tall 4 feet 11 inches that equivalents to 1.50 meters.