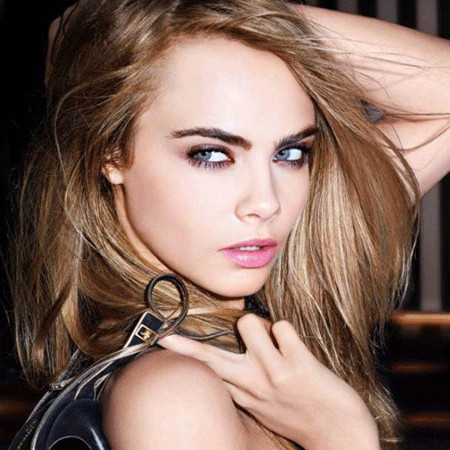 Cara Delevingne is a multi-talented personality kick-started her modeling career signing a contract with renowned modeling agency Storm Model Management. She also became the Model of the Year award at the British Fashion Awards in 2012. She also made an appearance in a number of shows for houses like Burberry, Chanel, as well as Jason Wu. She has also featured in several successful movies like Suicide Squad and Paper Towns.

Cara Delevingne was born in the year 1992 on the 12th of August in London, United Kingdom. She is already hounded by the paparazzi several times and her confidence level is absolutely amazing.

Since her childhood, Cara Delevingne wanted to be a star and now she has achieved everything she set out to achieve in her career. But she still has a long way to go. In the year 2011, she walked the ramp for a fashion show called Prorsum F/W 2011 organized by Burberry and she set the ramp on fire.

Delevingne has also walked the ramp for Haute-Couture S/S 2012 show for the huge fashion house Chanel and the show was held in Paris. She appeared in the mighty Victoria's Secret Fashion Show in the year 2012 and this is as big as it gets for a model. She is not only a mega model but has also been a very successful actress.

Delevingne played the lead role of Melanie in a movie called The Face of an Angel in the year 2014 and her work really impressed everyone. Other movies and TV shows she has been a part of till today include the likes of Suicide Squad, Tulip Fever, Playhouse Presents, Today and The Project. She starred in the highly anticipated movie adaptation of the book Paper Towns.

Cara Delevingne's Net Worth And Salary

The actress was a cast in a 2016 superhero movie Suicide Squad. The movie was turned out to be box office success as it grossed more than $746.8 million worldwide against its producing cost of $175 million. In the movie, she started the screen along with Will Smith, Jared Leto, Margot Robbie, and Joel Kinnaman. Her annual salary is more than $310,523.

Cara Delevingne has already confirmed that she is bisexual. According to some sources, she was in a relationship with her partner Annie Clark who is also known by the stage name St. Vincent. The couple started dating in the year 2014. Despite their loving relationship, the two parted ways after two years of a love affair.

After the separation, Cara went on to date actress and model Ashley Benson. The couple reportedly started dating in mid of 2018. The two were photographed together for the first time at a Lauryn Hill concert at the Appolo Theater in NYC.

Delevingne has also a great fan following on her social media especially on her Instagram account with more than 41.2 million followers as of 2019.

Cara Delevingne is very tall as she has a good height of 5 feet 9 inches. She has the perfect body measurements of 32-24-34 and this is because of her perfect diet.