7 Outrageous And Horrific Things People Did When They Were High 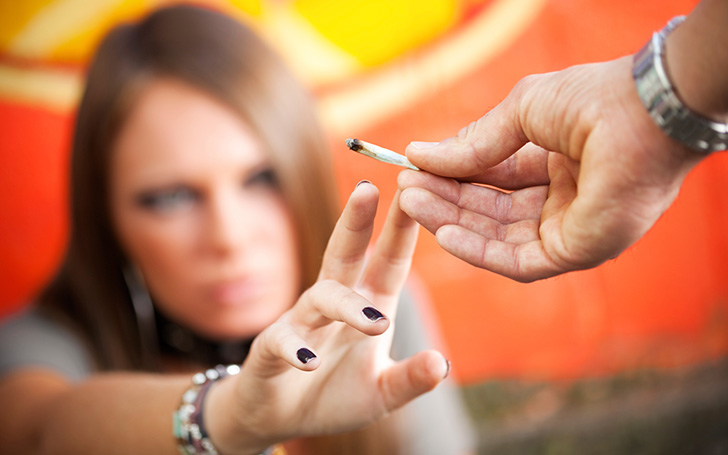 What have you done so weird when you were high??  Possibly you have made an unwanted call, entered into someone else's house, or forgot how to use a bathroom. But you will get shocked when you know about these seven insane cases when people did bizarre things when they were on influence.

In October 2015, a 22-year-old Ohio man called 911 telling he was too high on marijuana. The police reports said when the cops arrived his home, they found him moaning, curled in the fetal position.

In the 911 call record obtained by CBS, the man says he took weed upon asking by the 911 responder. In the call, the man told that he took weed too much that he was unable to feel his hand.

CAPTION: American rapper ate his own girlfriend while on influence SOURCE: YouTube

According to the source, in April 2002, he was smoking PCP with his girlfriend, and he suddenly slipped into psychosis. He then started attacking her-he ripped opened her chest and began eating her lungs and other internal parts. The medical examination after his arrest resulted that he had human remains in his stomach.

A Bakersfield, California boy, 4, was reportedly found naked on the ground outside his house in May 2009. The boy later told police, ''my daddy ate my eyes.'' Later police arrested the man, Angel Vidal Mendoza, then-34.

CAPTION: A man in California tried to eat his son's eyeball SOURCE: Pinterest

After a medical examination, it was found that the man was high on PCP when the incident occurred. According to the sources, after trying to eat own son's eyeball, the man wheeled himself into his front yard, chained himself to a tree, and tried to cut his own leg.

4. Student Stabbed His Mom and Cuts off his Penis

This British man broke all the limits while he was high. According to Mail Online Charles Mann, in 2013 December,  attacked his own mother after taking the party drug and plenty of alcohol.

CAPTION: A British young man stabbed his mother and cut off his penis SOURCE: The Independent

He stabbed his mother multiple times before he turned the knife on himself and sliced his penis off. He was heard shouting ''I love you but this is the prophecy' in their Haywards Heath home. He was arrested later and was sentenced to 16 months.

3. Florida Man Had Sex with Tree

It is literally insane! In 2015, a man in Flakka, Florida proclaimed himself God while he was high and ended up with having sex with a tree. The police tried to catch him, but he attacked them. He also tried to stab the officers claiming that he was Thor.

CAPTION: Florida man had sex with a tree while he was high SOURCE: The Hollywood Gossip

According to the report, the officer used a Taser, but Crowder pulled the electric probes from his body, punched the officer and tried to stab the officer. The officer then punched him and finally arrested. He was then charged with resisting arrest with violence.

It was October 2015, when a 35-year-old woman Nikki Abrell from East Anchorage, Alaska devastated a subway restaurant while she was on influence. The lady went on completely nude and began destroying the furniture, spraying a fire extinguisher, and knocking over computers.

According to the sources, the woman was fully-clothed when she entered the restaurant at around 5 in the evening. There were no customers inside at the time and the workers were on duty. Then she went to the bathroom and didn't come back until next two hours. But, when she came back, she had no clothes, and she straightly went on breaking the furniture and devastating the internal structure of the restaurant.

Police arrived at the scene shortly later at around 7:30 and arrested the woman. After she underwent a medical examination, it was revealed that she was high on synthetic marijuana which was known as 'spice' of K2.

1. A Girl Pulled Her Eyes Out While On Drug

In February 2018, Kylie Muthart, a 20-year-old South Carolina girl gouged out her own eyes in front of a mass of horrified people outside a church while on meth influence. Doctors have said she would be blind for life after she pulled her eyes from their sockets while hallucinating.

CAPTION: A South Carolina girl, 20 gouged out her eyes while high on meth SOURCE: People Magazine

The worshippers inside the church rushed outside when they heard her screams, however, she fought them off and took her eyes out. The medics were able to calm her up, however, they couldn't save her sight.

After the incident, Kylie's mother said she wanted to warn other youths and teenagers about the danger of methamphetamine, and has been appealing for help to fund a service dog for her.