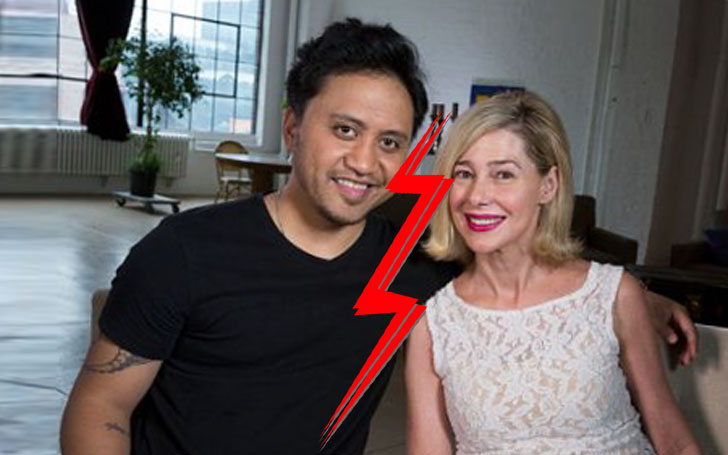 Their love story is one of the most controversial stories ever!The former couple has two daughters together. Vili and Kay had to fight the world to get together, but now they are getting a divorce! What happened to this scandalous yet strong marriage?

We have all exclusive details about it here.

The former couple started their illicit affair when Vili was just 12 years-old and in 6th grade while Mary Letourneau was 34 and his teacher!  According to source close to them,

They’ve been having issues for a while now. They tried to work through them, but it didn’t work. They’re still committed to being good parents to their children.

She could try to contest it, but that’s legally tough to do. Perhaps if they want to figure out about the children and child support, but their kids are getting pretty old now.

When one person is unhappy in the relationship, the other person can’t be happy either. And there are two people in this relationship.

Even though their relationship had many issues, the couple overcome all odds and married but in the wake of the current situation, coming to an understanding seems highly unlikely. As per why Fulauu filed for the divorce, he has not come out and said the exact reasons. However, their attornies' statements seem to suggest the couple simply grew out of each other! Guess love does die!

Mary Kay and Vili Fulaau, The Marriage That Lasted for A Decade

Mary and Vili first met when Mary was teaching  6 grade at Seattle’s Cascade Middle School, where Vili was studying in the same grade. Eventually, she started helping him out after school, on honing his drawing skills.

Time made them intimate and they began a physical relationship with each other. Later, Mary and Vili’s relationship was exposed when her husband found Vili’s love letter. He brought that letter to the police and Mary was arrested for second-degree child rape.

Mary gave birth to her first daughter, Audrey on May 23, 1997, after getting out from the Prison on Parole. The couple shocked the world when they were seen having sex in a car and later police arrested Mary again!

The court ordered a 7 and half year of jail and during the sentence, Mary welcomed her second daughter in October 1998. Mary was released from prison in 2004 and the couple got married on 20 May 2005, at a Winery in Washington.

In 2015, they celebrated ten years wedding anniversary. The couple was also featured by famous Interviewer Barbara Walters on an episode of 20/20.

The former teacher Mary Kay was already a mother of four when she began an affair with Vili. She was married her college friend Steve Letourneau before graduating from Arizona Student University in 1984. She said she was not in love with him and married him after being urged by her parents.

After marriage, the couple left the University and moved to Alaska. After a year, they moved to Seattle Washington where Mary taught at the Seattle’s Cascade Middle School. The couple had four daughters together who were later fathered by her student Vili after divorcing from Steve. in 1999.

For further information on her personal life, keep coming back to Article Bio.