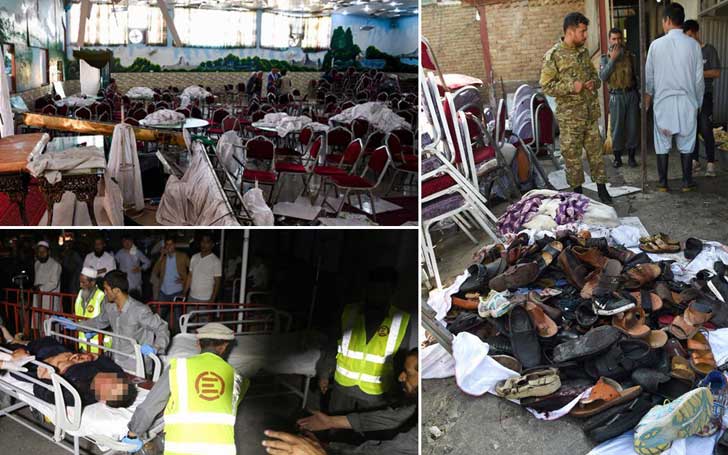 63 people were killed and 182 were wounded in a suicide bomb attack at a wedding reception on Saturday night, 17th August in Kabul, Afghanistan.

Afghan Interior Ministry spokesman, Nasrat Rahimi said the victims primarily involved women and children. The injured were taken to several different hospitals in Kabul. Around 20 people were taken to a Kabul hospital by the Italian NGO Emergency. 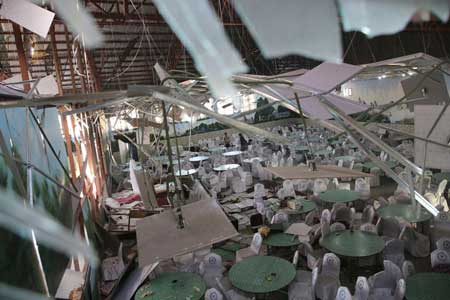 63 killed and 182 injured in a suicide attack at a wedding reception in Kabul SOURCE: Washington Post

A witness who lives nearby the venue said,

The man, who didn't want to reveal his identity, also said,

When I came outside, I saw smoke coming out of the hall. I saw dead bodies and wounded people, who were being taken to hospitals by policemen and Kabul ambulances. We are too in shock, too upset by the incident.

In the meantime, Afghan president Ashraf Ghani condemned the attack in a tweet. In a separate tweet, he said despite the Taliban's denials of responsibility, they still shared some of the blame as they "provide a platform for terrorists."

I strongly condemn the inhumane attack on the wedding hall in Kabul last night. My top priority for now is to reach out to the families of victims of this barbaric attack. On behalf of the nation I send my heartfelt condolences to the families of those who were martyred.

Taliban cannot absolve themselves of blame, for they provide platform for terrorists. Today is the day of mourning, hence #StateBuilder have cancelled today's gathering at the Loya Jirga tent.

Earlier this month, 14 people were killed and 145 were wounded in Kabul after three suicide attackers detonated an improvised explosive device at the gate of the police headquarters. The Taliban claimed responsibility for the attack.