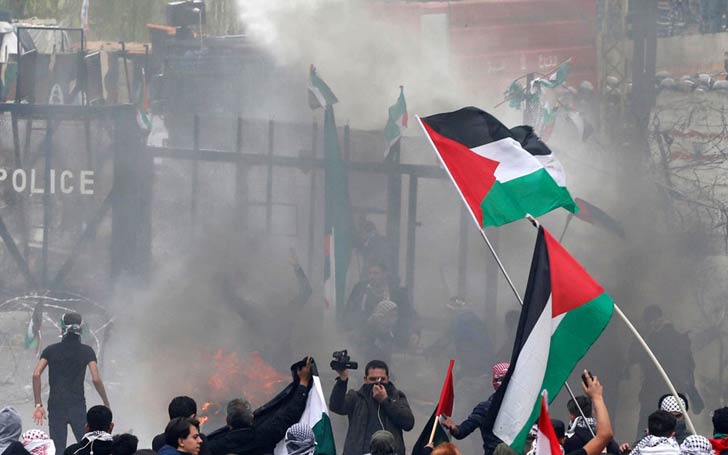 Dozens of Palestinians killed and thousands more left injured in clashes with Israel during a protest against the official opening of US Embassy in Jerusalem. 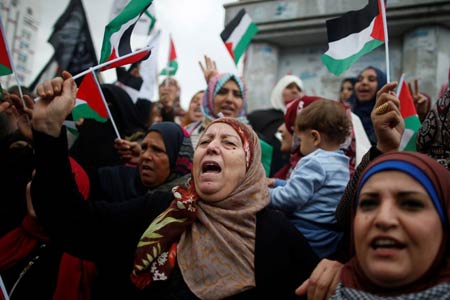 CAPTION: 59 Palestinians killed in a protest against the opening of US Embassy SOURCE: We Bring You

Meanwhile, Palestinians are celebrating the mark of the 70th anniversary of the Nakba or ''catastrophe'' remembering the over 700,000 Palestinians who were compelled to leave Israel's creation after 1948 war.

The funerals of Monday's casualties are to be held in Gaza on Tuesday in the coastal enclave; the funeral coincides the day that Palestinians mark "Nakba." According to Haaretz, rallies were expected in the West Bank cities, as well as a general strike through Palestine.

Some members of the US Congress criticized Israel's use of gunfire against the unarmed protesters in a statement on Monday overnight. 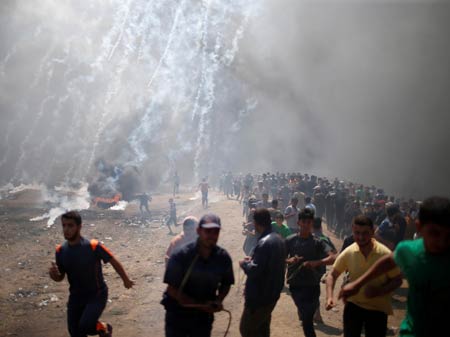 The rioters are hurling firebombs and explosive devices towards the security fence and IDF forces, and are burning tyres, throwing rocks and launching flaming objects in order to ignite fires in Israeli territory and harm IDF troops.

Moreover, Kuwait requested an emergency meeting of the UN security council; however, the diplomats told that the United States had blocked the request.