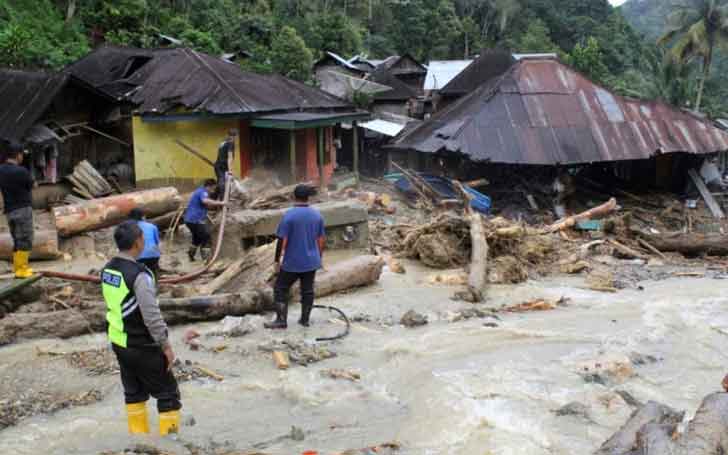 At Least 50 Died And 50 More Injured In Flash Floods And Land Slides In Papua, Indonesia

50 people have been dead and 59 more injured in a flash flooding in the Indonesian province of Papua, Al Jazeera reported. The disaster occurred near the provincial capital, Jayapura on Saturday, 16th March.

New York Times reported death toll is expected to rise as rescuers search for survivors in the town of Sentani which was hit by flash floods triggered by torrential rain on Saturday. 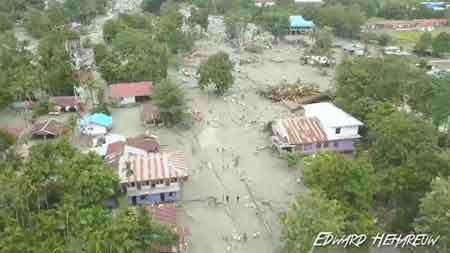 A detailed report on the destruction is yet to come, however, at least nine houses, two bridges, and a Twin Otter plane have been reportedly damaged by the floods.

National disaster agency spokesman Sutopo Purwo Nugroho said they had warned the citizens of the flash floods due to deforestation in the mountains surrounding the town. He further said,

The disaster agency further reported over 120 people took shelter at government offices after their residences were hit by the floods.

Meanwhile, seven more were killed in Jayapura in a landslide following the heavy rains on Saturday evening.