What Is The Current Relationship Status Of The Fan Favorite News Reporter Savannah Guthrie? Details of Her Past And Present Affair 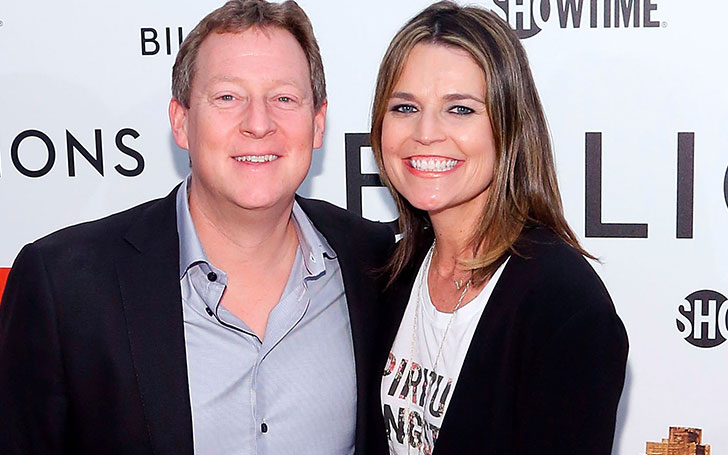 Savannah Guthrie is famous as the co-anchor of the NBC News morning show Today, but her talents go beyond news reporting as she is also a law graduate from on a very prestigious university. She was the White House correspondent between 2008 and 2011 and as co-anchor of the MSNBC program. She reports news on political issues concerning the world and interacts with political figures such as Donald Trump, Ted Cruz etc.

With so much going around in her career, does she have any time for her personal life? What is her current relationship status? We have all the details of her past and present affair here.

Currently, she’s married to Democratic politician and communication consultant Michael Feldman. The pair started dating in 2009 and their relationship spans almost 9 years as of January 2019. They seem very happy together and were blessed with two kids.

Their first child, a daughter, was born on August 13, 2014, and their second child, a son, was born on December 8, 2016. They named their daughter Vale Guthrie Feldman and their son Charles Max.

In an interview, Feldman admitted that she was as dedicated to her relationships as she was to her career. Contrary to what may seem on the outside Guthrie remarks that she would never put her career before her family. When she was interviewed she said that,

‘I would never put my job before my family.’

What’s The Inside Scoop On Her Past Relationships?

Regarding her relationships prior to her marriage with Michael Feldman, she was married to English-born BBC News presenter Mark Orchard. They met while Guthrie was covering the Michael Jackson trial.

Orchard was married at the time but got divorced. After he divorced his then-wife journalist Anne Kornblut he started dating Guthrie and the couple got married in December 2005.

WHAT a cutie! Today Show's #SavannahGuthrie gave birth to her & her husband, Michael Feldman’s, 2nd child, little Charley! How cute is he?! Follow @hollywoodlifebaby for all the latest celeb baby updates!  Twitter

The pair, however, citing irreconcilable differences divorced in 2009. They didn’t share any kids and Guthrie was deeply impacted by their divorce.

Her pain was healed when she met Feldman. He embraced her with the love she always wanted.