English Presenter Karl Pilkington Net Worth 2018: Details On His Salary And Income Sources 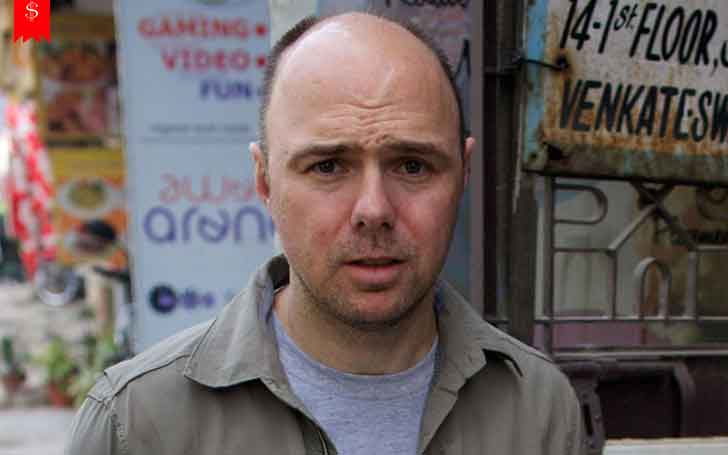 Karl Pilkington is an English radio and TV personality, travel show host, author, and former radio producer. He gained a huge fame as the producer of Ricky Gervais and Stephen Merchant’s radio program pm XFM. Similarly, he has hosted and appeared in numerous travel comedy series in several networks.

How much net worth has he accumulated from his numerous endeavors- films, radio, television shows, and published books? We have exclusive details about his net worth and income sources, here!!

American broadcaster/radio presenter and author Karl Pilkington is one of the popular faces in the English media. According to the Celebrity Net Worth, his net worth is $3 million as of September 2018. He earns an annual salary of $300K. He also makes his money from his television production company RISK Productions. He founded the company along with Stephen Merchant and Ricky Gervais.

Along with that Karl has also appeared in numerous television programs and gave his voice for several brands like Vodafone, Unilever, Sony PSP, and HMW. 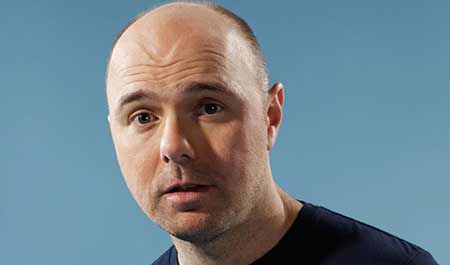 From 2013-15, he appeared in a travel documentary comedy television series The Moaning of Life and bagged $300K an episode from the series.

Pilkington is also an accomplished author. He has released seven books to date. He collects a hefty royalty from his numerous books which are available at Amazon for an average price of $14.

Here is the list of his published books as of now.

He is also involved in several charity works and movements. In 2014, he designed and signed his own card for UK charity Thomas Coram Foundation for Children. The campaign was launched by crafting company Stampin’ UP! UK- their crafts was auctioned on eBay in May 2014.

A Sale native star moved to London at the young age to pursue his career. Karl initially became a producer in XFM. After a few years of working, he moved to work on The Ricky Gervais Show.

His popularity increased amongst audience due to his humorous personality and witty comments. In 2005, he co-hosted two musical shows with Russell Brand for BBC 6 Music Channel.

In 2010, Pilkington featured as himself in a travel documentary series called An Idiot Abroad.

It featured the new Seven Wonders of the World and it was rated a highly popular documentary of the year. He then appeared in a travel documentary series The Moaning of Life from 2013-15. Since 2018, he is appearing in a new travel comedy series Sick of It.  Some of his other popular works are listed below.