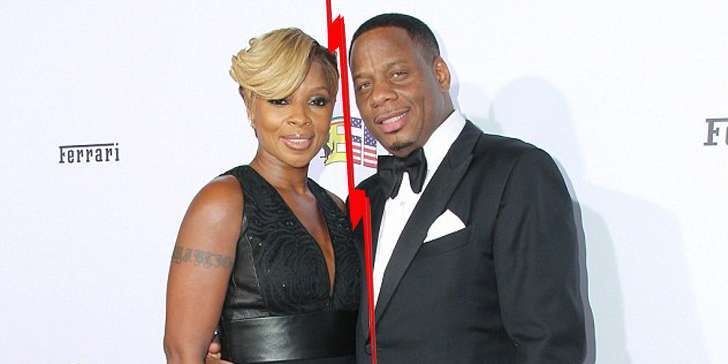 Mary Jane Blige files divorce Action against her Husband and manager Martin "Kendu" Isaacs after thirteen years of their marriage back in 2002 . The nineties NEO pop star who is known for songs like "Not Gon Cry, and Just Fine" seems to be doing just fine in her singing career despite her divorce process going on.

The official date of the split is yet to be determined for the couple. Martin is Mary's manager and till today we don't know what will happen to his official position after the divorce as well.

The Nine times grammy winner filed a divorce petition in LA inclusive of his husband's spousal support denial document along with the divorce documents. The detail of the divorce as per the singer is irreconcilable differences. The couple has no children together in their thirteen years of married life so there is no custody related dispute between them.

The couple has not spoken anything publicly regarding their split and legalities of the splits so it is hard to speculate what exactly went wrong in their more than a decade old relationship.

Before some months they were running strong and we don't know if any of them cheated on one another, Mary was open about her supportive husband and their honest relationship with each other from past twelve years but the recent news of the duo's separation has shocked her fans and has turned into a hot topic in media.

Though the strong reason of their separation looks like Mary's recent bankruptcy but the case filed says "irreconcilable differences".

Career ahead of Mary Jane Blige

The Forty-five-year-old Queen of Hip hop soul music has an album which is hitting the stores later this year is working on her album and is planning a  world tour. The songwriter and singer have the record of thirty grammy nominations making her the only singer to have thirty nominations in Grammy awards. It looks like she is having hard times from the ongoing personal life problem of divorce with her husband and Manager. All fans of discography are hoping that she recovers from this painful situation of divorce and stays strong