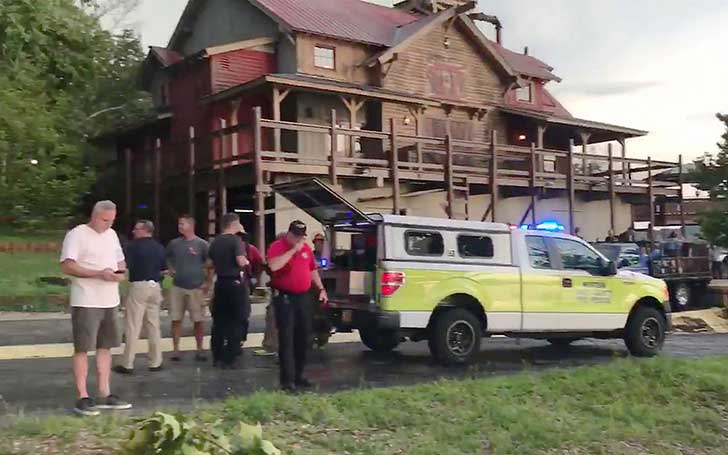 Eleven people including children died when a duck boat capsized during a thunderstorm in Missouri on Thursday.

People reported that around 31 people were on the boat in the Ozarks when the strong winds overturned the boat causing the casualties. The Stone County Sheriff Doug Rader said that seven people were taken to the hospital while five are still missing. 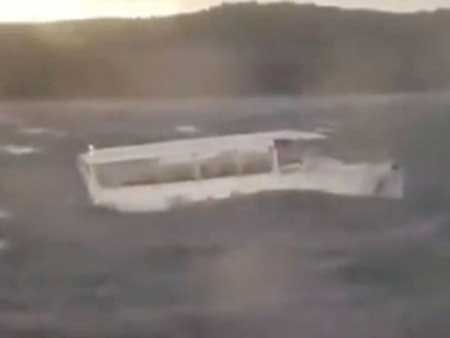 CAPTION: 11 people died and several others injured when a duck boat sank in a Missouri lake SOURCE: WPTV.com

In a video shared by Jeanie Phillips-Hudson Carr, two boats can be seen struggling to reach the land while the wind started to swirl. The second boat can be seen slowly turning and sinking into the waters towards the end of the video.

Carr also shared a second video where the workers on the showboat can be heard asking for a rope to rescue the stricken amphibious boat. Carr wrote alongside the video as,

We are at Branson and on the showboat! A storm came in as we got on and there was [sic] 2 ducks that you ride out there and 1 went under. Not sure if everyone o it is ok.

Many divers were assisting in the effort; however, the Sheriff reported that they had ended the search for the night. Later, the National Transportation Safety Board said that the investigators would continue the rescue operation on Friday morning sharing a Twitter post.