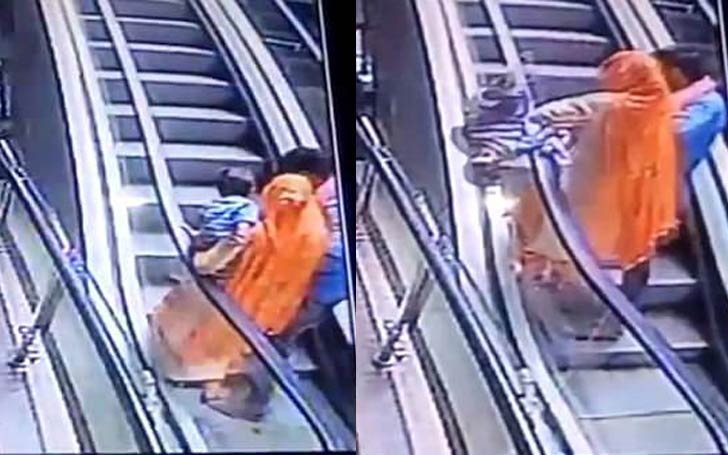 A 10-month-old Indian girl has died after she fell to the ground from the third floor after she slipped off of her mother's arms on a mall escalator in Ganganagar, Rajasthan.

The CCTV footage recovered from the mall shows the couple taking a selfie outside the shop by the side of the escalator. Then they step on to the escalator at the shopping center with the mother holding her girl in her arms.

As the couple stepped the escalator, the baby slipped from her mother's grip and fell on the floor three stories below after hitting the railing on the side of the escalator.

The parents rushed to the ground floor to try to help the baby but she died on the spot, Daily Mail reported. It also revealed that the baby was instantly taken to the hospital where she was pronounced dead.

"This is a clear-cut case of an accident,'' a police spokesman told the reporters. Police also added that the couple would not take any legal action as it was the complete accident case.

The parents went to visit the mall after they visit a doctor as part of the girl's regular checkup.

Just days before, a similar incident had occurred in Mumbai, India where a baby boy slipped out of his mother's arm from the second floor and died in Mumbai. 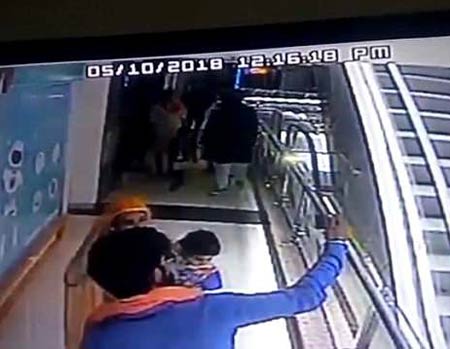 CAPTION: A baby girl died after she fell off of her mother's arms from an escalator SOURCE: Daily Mail

According to the recent studies, India has the highest number of deaths occurred due to selfies in the world. It was found that 76 out of total 127 deaths linked to selfie were happened in India from March 2014 to September 2016.