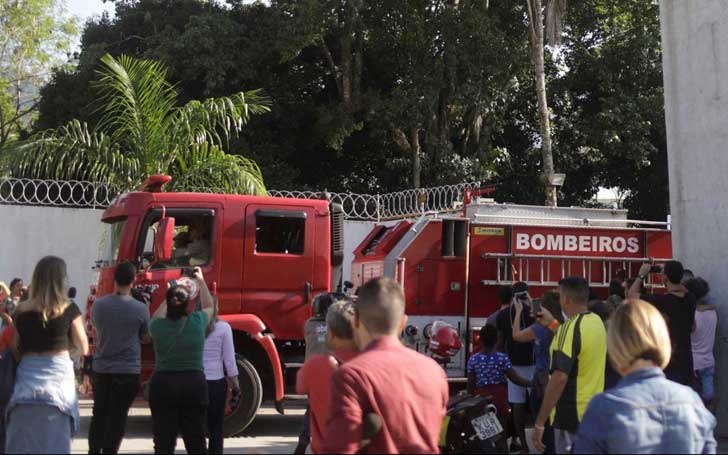 Ten youth footballers died and three others injured in Rio de Janeiro, Brazil after a fire broke out in a dormitory at a training center of football club Flamengo. Authorities reported the fire broke out in the early hours of Friday morning.

Firefighters who responded to the huge blazes that engulfed a dormitory where the youths had been sleeping weren't able to save the children's life. 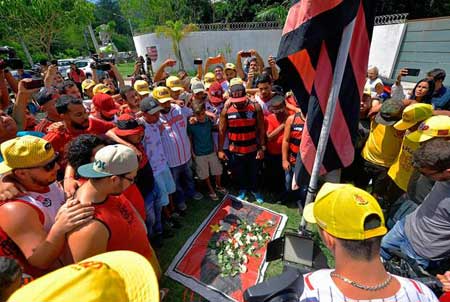 CAPTION: 10 youth footballers died after a fire broke out at a dormitory SOURCE: Independent.ie

Rodolfo Landim, the Flamengo president conducted his condolences to the demised and the injured saying the incident was "the biggest tragedy this club has been through." The president added, "It's a huge sadness, it's not easy."

Brazil's vice president and one of the club's ardent fans, Gen. Hamilton Mourao released a statement saying "As a fan and sportsman I stand in solidarity with the families, the club and the Red-and-Black nation. May God comfort all."

According to the initial reports, the fire broke out at around 5:10 am local time and it took more than two hours for the firefighters to bring the fire under control. But it is still unknown what started the fire.

A mother of one of the athletes told that the Friday had been canceled and the players were allowed to meet their parents who live in Rio, however, the players whose family reside far from Rio stayed in the dorms overnight. The woman further said if there was training on Friday, the tragedy would have been even worse.

Meanwhile, several sportspersons including the great Pele and Real Madrid star, Vinicius Junior paid their tribute to the victims of the heartwrenching incident on Twitter. Vinicius Jr., who transferred to the Spanish giant from the Flamengo last season wrote: "Just remember the nights and days I spent at the training center, it gives me goosebumps."

Flamengo's greatest rivals including Sao Paulo also shared their tribute on Friday. They wrote "Our thoughts and prayers go out to the families and friends of the victims of the fire at Flamengo Training Center," in their tweet.