The Great American Solar Eclipse, Know Five Things About It 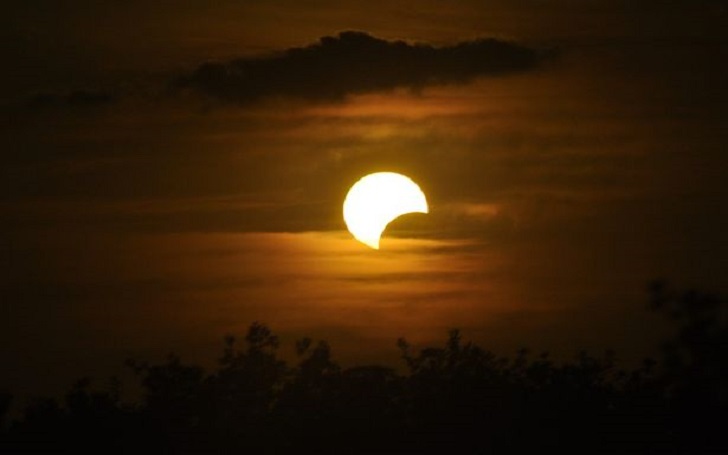 Today, many parts of the world will be plunged into darkness in the middle of the day as the rare total solar eclipse takes place. The Great American Eclipse is almost upon us, and millions will be flocking to the path of totality. This legendary eclipse is the first one in about 100 years as NASA reported and you wouldn’t want to miss single information about the eclipse before watching it today!

Here are 5 things you need to know about the Great American Eclipse so that you don’t miss out on the most highly anticipated event in the sky watching calendar this year.

1.What is Total Solar Eclipse and when is it happening?

A total solar eclipse happens when the moon totally covers the sun making only its corona visible. This renders everything dark. Though eclipses happen pretty often, this one is special because it's total and will be visible across the continental U.S. The word "totality" is usually used to describe the point at which the Moon entirely covers the Sun. During totality, day becomes as dark as night.

The eclipse with start at 10:45 a.m. on the West Coast and wrap up at about 2:45 p.m. EST. In local skies, the eclipse will only block about 63 percent of the Sun’s surface and last about two hours, 52 minutes.

A partial solar eclipse in Iceland in 2015

2. Where is it happening and will you be able to see it?

The U.S. Naval Observatory predicts that the maximum coverage of the sun by the moon will be visible in Portland, about 58 percent and it’ll only last a minute. At the maximum, spectators will see a partial eclipse with about 63 percent of the sun covered by the moon in Las Cruces.

3.Looking at the eclipse

People are usually not allowed to look at eclipse but yes, they are. Astronomers, optometrists, and ophthalmologists have been warning people for months not to look at the eclipse without the right protective eyewear, but some people are bound to ignore the advice.

A safe pair of solar eclipse glasses should be labeled with ISO 12312-2, an international safety standard that indicates the glasses reduce visible sunlight to safe levels and block UV and IR radiation. Path of the Eclipse

4. Taking photos of the eclipse

It is better to take a higher-quality, farther-out photo and crop it later than to compromise the quality of the pic before you even start futzing with it. A tripod may help with steadier picture-taking too. If you don't have an ISO certified eclipse glasses, you can make a make your own eclipse projector or use a mirror and envelope as recommended by NASA. Slide the mirror into an envelope with a ragged hole about 5/8 inch cut into the front. Point the mirror toward the sun so that an image is reflected onto a screen about 15 feet away. The screen can be a piece of paper taped to an outside wall. The longer the distance, the larger the image.

This is how solar eclipse works

5.When will we see another solar eclipse?

We will be able to see a total solar eclipse in northern Maine on April 8, 2024 after today’s eclipse. The next time southern Maine will see a total eclipse? 2079.

A special broadcast by NASA will take place during the eclipse, with images shown from 11 different spacecraft, at least three NASA aircraft, more than 50 high-altitude balloons and the astronauts who are currently orbiting the Earth on the International Space Station.