'Younger' Star Dan Amboyer Comes Out As Gay Right Before His Wedding! Pictures and Details 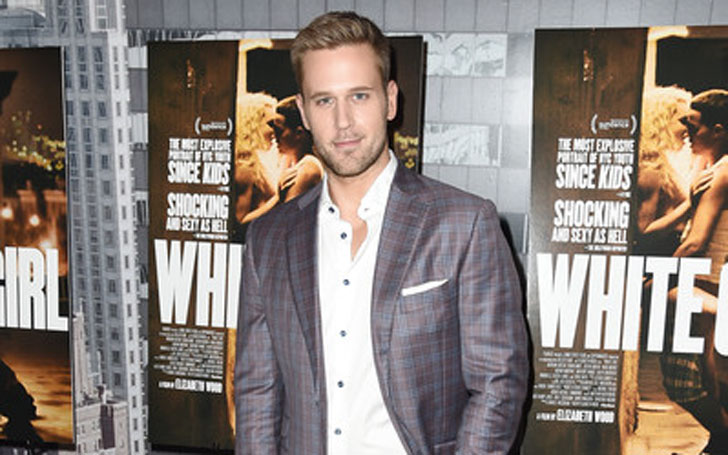 Marriage alert! The Younger (2015-present) actor Dan Amboyer who recently came out as gay to the public has finally gotten married to his long-term boyfriend Eric Berger.

Amboyer who hadn't opened up about his sexual orientation before came out as gay just in time for his wedding to boyfriend  Eric Berger, Amboyer and Berger dated for nine years before tying the knot this week.

Dan Amboyer and Eric Berger had a clear vision of the kind of wedding they wanted. How could they not? When you are together for nine years, you discuss a lot of things, your wedding being the primary topic.

The adorable duo got married in what seemed like a true dream wedding ceremony on 8th October 2017.

In his interview with People, Amboyer discussed their wedding plans and gushed about it, saying,

We wanted a unique wedding experience, We just wanted everyone to have a lot of fun and not have anything feel too stiff or formal.

The wedding took place on Saturday afternoon at the Marble Collegiate Church, where they have been members for more than eight years.

Even though Amboyer and Eric Berger dated for a long time before finally putting the rings on, the wedding itself was rushed, to say the least. Dan got married immediately after announcing he is gay. Explaining the situation, he said:

Being a young actor in the industry, I had a lot of people who strongly advised me to stay quiet, That was hard to live with. But I’ve never played a gay role before and I didn’t want to be limited by some strange perception

Also, he stated that he was quite afraid at first, but then he remembered people like Matt Bomer and Zachary Quinto who actually inspired him, and he felt better.

Dan Amboyer and Eric Berger's Love Story: Here's what you need to know!

This is a love story truly for today's generation. Why are we saying this? Because, Amboyer and Berger's story isn't a traditional one, they met through an online dating site almost ten years ago!

Guess, not all hope is lost! If nothing else, then there's internet.

two show shay w. my man Willy Billy Shakespeare. one of my most favoritest places on earth. @stratfest

Eric Berger talked about his relationship and love for Dan in an interview, he said:

Our crazies match, I think Dan is very different from the roles he gets to play. He’s a sweet quirky guy who loves animals and is creative and brings a different color to everything in my life. I hold that very valuable.

Dan also took his turn to compliment his husband

He’s serious and organized. He’s a financial planner, which is the opposite of my actor self. But we compliment each other

Not only this duo's relationship is sweet and adorable, but very mature and practical at the same time.