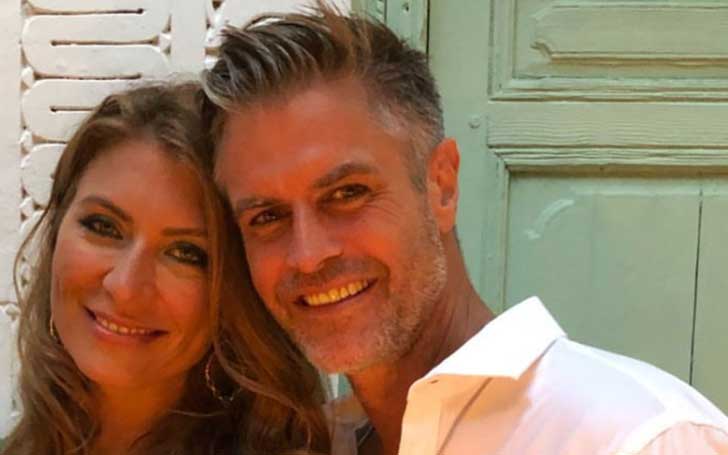 The Trading Spaces star tied the knot with a furniture designer Christian Dunbar in a small Moroccan wedding on Saturday, 22nd September.

The adorable couple jetted to Morocco earlier this week along with their close friends and family and organized a special welcome dinner on Friday night at the Riad Kitula in Marrakech.

One more little glimpse into last nights magical welcome dinner in Marrakech... with the candles all lit and tables waiting for the guests.#cdgg #morocco #marrakech #dinnerparty #riad #riadparty

Before the pre-wedding party on Friday night, Gorder shared a mirror selfie with her husband-to-be where she wrote "Let's throw a party shall we? #cd??gg #morocco," Gorgeous wrote alongside the photo.

The guests also shared their own photos on social media during the dinner where they used the wedding hashtag '#cd??gg." The guests also congratulated the couple for their special day.

Previously, Gorder shared a photo of a small box wrapped in a red bow. "It's a time...," she wrote in the caption where she also revealed about the couple's Morocco wedding plan.

Genevieve revealed her engagement news with a glimpse at her stunning diamond ring on Instagram in February 2018. "That kinda night," she wrote alongside the snap.

The 44-year-old reality star, Gordon was previously married to Canadian TV host Tyler Harcott. The couple gave birth to a daughter, Bebelle, 10 before they divorced in 2013.

Gorder rose to prominence after her appearance as one of the original designers on TLC's Trading Spaces in 2008 and she returned to the show's reboot after a decade in April 2018. She has also worked as a judge on HGTV's Design Star and her own series Ask Genevieve and Genevieve's Renovation.