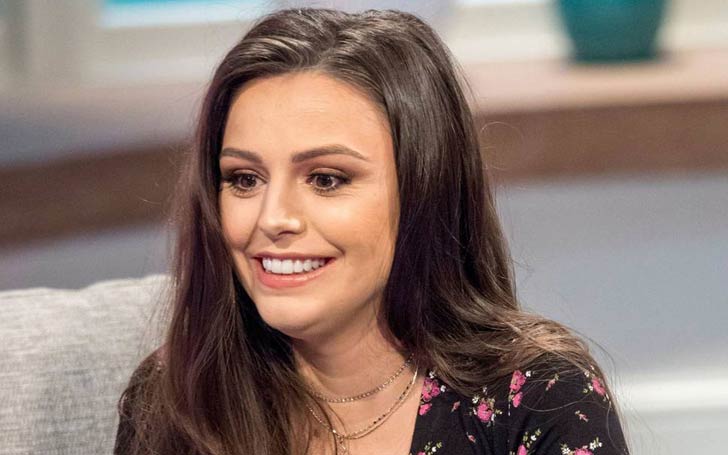 British Singer Cher Lloyd And Her Husband Of Four Years, Craig Monk Give Birth To Their First Child, A Baby Girl

A family of three!

Former The X-Factor UK alum Cher Lloyd and husband Craig Monk welcomed their first child, a baby girl on Friday, 25 May. The 24-year-old singer announced the birth of her daughter in an Instagram post on Monday with the first glance of their newborn.

The Want U Back singer also revealed the name of the baby as Deliah-Rae in the caption where she wrote, "Our baby girl is here! We are so in love... Deliah-Rae 25.05.18."

In the second photo, she shared, the newborn can be seen with her parent's wedding rings on her toes.

Lloyd and Monk gave birth to their first child nearly five years after their marriage. The lovebirds tied the knot in a surprise wedding in November 2013. Lloyd announced the upcoming arrival of their first daughter in January 2018.

Lloyd announced her pregnancy in a lengthy text written alongside a photo revealing her bulging belly bump on Instagram.

I know it seems like I’ve been quiet for a while but I wanted to take this opportunity to bring you all up to speed on what I’ve been up to over the last year. I decided to take some time away from the public eye to focus on what really matters and get back to what I truly love doing. As you all know, making music and singing is where it all began for me, it’s what makes me truly happy, and I wanted to get back to that happy place once again, enter the studio and focus on simply making great music for you all. I’m so happy to announce that I now have a collection of amazing new songs (that I cannot wait to share with you all!), but also, there’s another reason why I’m writing to you today and that’s because I am beyond thrilled to inform you all that my husband Craig and I are also expecting our first child in May!!! We are absolutely over the moon to share this news with you all. I am so excited to enter this new chapter in my life, surrounded by family I love, a supportive team around me and with music I’ve worked super hard on and am so excited and proud to reveal to you later in the year. And now we're going to have a little baby to enjoy this experience with us along the way! Thank you all for being so patient, as you now know, I’ve been a busy little bee but I promise it’ll be worth the wait! I’m excited for all that 2018 has in store for me and I can’t wait to see you all very soon! Cher x

Deliah-Rae is the first child for both the pop star and her husband Monk, 28 who have been together for over 6 years. Multiple online tabloids reported the couple began dating in April 2011 and became engaged in less than a year. They confirmed their engagement in January 2018 around a month after the singing star was spotted flashing what appeared to be her engagement ring.