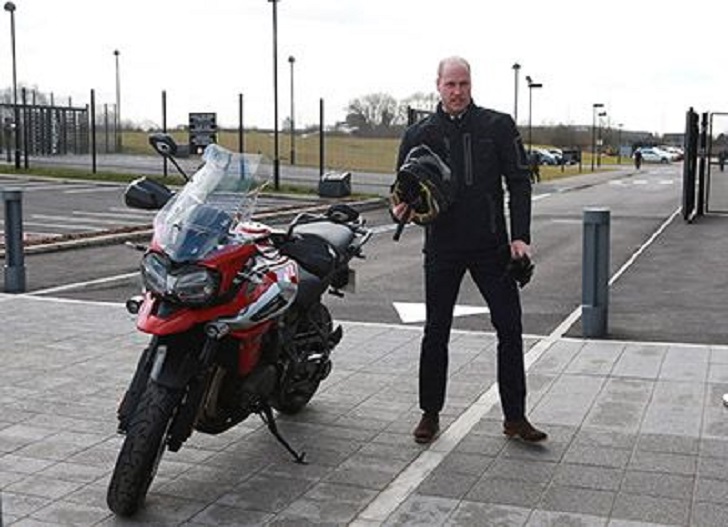 Many of us may not have known, apart from being an ideal prince and one of the responsible successors to the throne, Prince William is a thrilling rider.

Unfortunately, Prince William gave up his hobby after marrying kate, Middleton. Besides he has a responsibility of two children which drove him away from his love for motorcycles. Surprisingly, on Tuesday, William went against his commitment that he made to his wife, Kate Middleton and went on riding a motorbike during his visit to the Triumph factory.

The 35-year-old, William, was dressed in leather sporting track and jacket while giving a test drive to the latest triumph tiger 1200. It was previously reported that William was forced to put back his hobby because it fills his wife, Kate Middleton, with horror.

He had made statements about his hobby to world superbike champion Jonathan rea in 2016. When asked about his visit and conversation with Prince William, rea said:

We talked about his bikes and the fact that he has put it on the back-burner a little bit because of his children now.

In 2011, the night before his wedding, Prince William rode his Ducati bike. Assuming that one can say that was the last ride of the commitment William made to Kate Middleton before marriage.