"Pregnancy is like a constant hangover", says Ellie Kemper 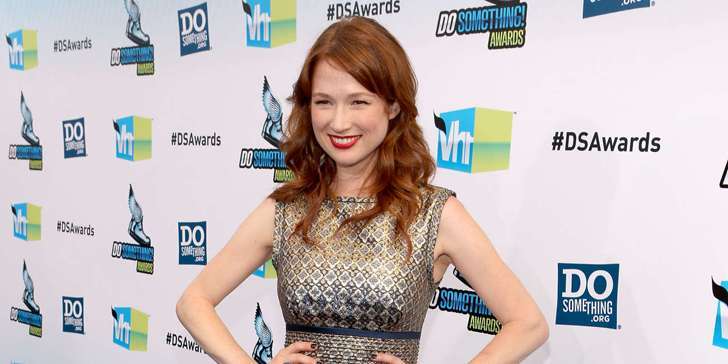 Ellie Kemper is soon to welcome her first child. The 35-year-old Unbreakable Kimmy Schmidt star announced that she was expecting her first child during a taping of The Tonight Show. She also revealed that she and her husband Michael Koman are yet to find out the gender of their baby, saying, "We are not finding out — isn't it wonderful? We have it in an envelope, actually. But I haven't looked!" They have managed to keep it as a mystery and are willing to find it out once their child comes to the world. Well she did not speak on what she really wants; a boy or a girl. However, she sure is thrilled with the fact if becoming a mother. When asked about her pregnancy while making an appearance on the Today show, she joked saying," It’s just like a constant hangover,” Ellie made the statement as comparing her pregnancy with being in hangover.

She is pregnant for the first time and is experiencing a lot of new things in her life. She appeared in the show looking very cute in a dress with polka dots. She spoke about her marriage, pregnancy and her husband Koman. Kemper became engaged to her former boyfriend now husband, Michael Koman, a former writer on Late Night with Conan O'Brien and the co-creator of the Adult Swim series Eagleheart and Comedy Central series Nathan for You. After dating for a while, these two decided to turn their relationship into marriage and the couple married on July 7, 2012 in a private wedding. They are now ready to become parents and are excited to experience a new life with an addition to their lives. They haven't however revealed the delivery date of their first child.

Ellie has been a part of the NBC hit sitcom, "The Office", where she popularly played the role of Erin Hannon. She now plays in the Netflix series, Unbreakable Kimmy Schimidt. After working long on sitcoms, her net worth is estimated $4 million dollars.