After a series of #metoo movements in Hollywood, Bollywood celebrities have also been raising their voice against sexual harassment and misdemeanor. Several Indian actors, comedian, producers, director, and authors have been accused of sexual harassment. Today, we are describing seven of the famous celebrities who have been accused of sexual assault:

One of the most acclaimed Bollywood actor Nana Patekar has been accused of sexual assault by actress Tanushree Dutta. Dutta claimed Patekar molested her on the sets of Horn Ok Pleasss in 2008. Along with Nana, Dutta also accused choreographer Ganesh Acharya, director Rakesh Sarang, and producer Samee Siddiqui.

Dutta had accused the Padhmashree-winning actor 10 years back during the shooting of their movie and has revived the same case in 2018 as well. Nana had denied the accusation publicly 10 years back saying "lie" and recently, he has denied the allegation again saying "I said this ten years ago... a lie is a lie (Dus saal pehle bol chuka hoon, ab jo jhoot hai woh jhoot hai’)."

Filmmaker Subhash Ghai is another in the list. The 73-year-old producer and director, known for his movies like Taal, Khalnayak was accused of rape on Thursday, 11th October. A woman who had previously worked with the director alleged he drugged her and raped in a hotel.

Ghai has, however, declined the allegation in a statement in which he has said:

it's becoming a fashion to malign anyone known.

Ghai also took to his Twitter Thursday evening, 11th October writing he was deeply hurt by the claim.

Ghai denied the claim in strong words and in addition, Ghai said that he won't be hesitating to file a defamation suit.

In a wake of #metoo movement, several women took to their social media to accuse the well-known singer and composer Kailash Kher of sexual harassment in early October. He had refused all the allegations previously. But, he has been facing some fresh allegations against him.

From the music industry, Sona Mohapatra claimed Kher of misbehaving. She took to her Twitter saying, Kailash put his hand on her thigh.

(1) I met Kailash for coffee in Prithvi Café to discuss a forthcoming concert where both our bands were playing & after the usual, a hand on my thigh with lines likes, your so beautiful, feel so good that a ‘musician got you’ (Ram) not an actor. I left not soon after. (1) https://t.co/Cfz8Hf4sdP

A female journalist, Natasha Hemrajani, also accused him saying "This creep kept his hand on my thigh." After the accusation, Kailash Kher said in his defense:

I am almost all the time in my own simple world, but in case anyone has taken or thought something differently about anything, then it is my sincere apology. My devotion to music makes me who I am and I am thankful for all the love and support

In addition, a woman named Simran Soni also spoke against the musician where she said she collected her gut to talk about the incident after seeing Natasha Hemrajani and Sona Mohapatra's tweets.

Actor Rajat Kapoor has been accused of inappropriate behavior and sexual assault from two women. One of the accusers alleged that he asked about her body measurement. Another accuser shared her story through a journalist, who posted a series of screenshots by an anonymous user.

In the account, the anonymous woman has stated Kapoor as her idol. She further told that the first time he misbehaved with her was at 19 when he had hugged her. She further said they two became connected on Facebook soon where he had texted her inappropriately calling her "Little B*tch." 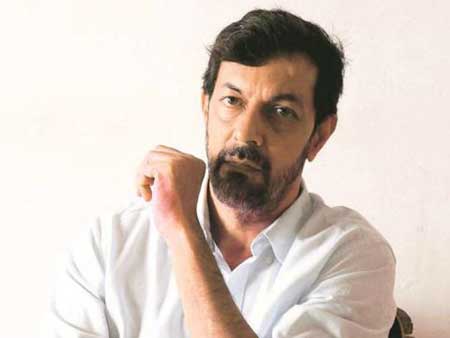 After the allegation, Mr. Kapoor posted an apology on his Twitter where he wrote: "If through my actions or words caused pain or hurt or trauma to anybody, please accept my apology." Here is the Tweet:

All my life I have tried to be a decent man, to do the right thing.
If however, I have slipped and through my actions or words
caused pain or hurt or trauma to absolutely anybody, please accept my
apology.

He further wrote he was sorry from the bottom of his heart and was sad because he was the reason for someone else's pain.

Chetan Bhagat, a well-known Indian author, and television personality has been facing some sexual misconduct allegations for the last few days. Bhagat is one of the top-selling Indian author, best known for his books, Five Point Someone, and Two States. 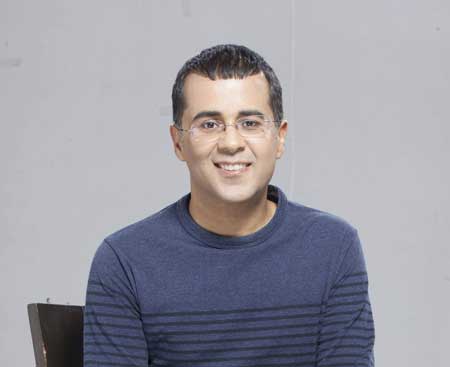 A woman, who has accused Bhagat of misbehavior has shared screenshots of the conversation between her and Bhagat on social media. After the allegation, Bhagat took to his Facebook apologizing for his misbehavior.

Aditi Mittal is the only female sexual predator in our list. Mittal is an Indian stand up comedian, actress, and writer. Fellow stand-up comedienne Kaneez Surkha accused Mittal of forcefully kissing and putting her tongue in her mouth while she was hosting a show in 2016.

Surkha took to her Twitter on Wednesday to accuse Mittal where she shared the incident in a lengthy post.

Soon after the accusation, Aditi took to her social media apologizing for her behavior and saying it was "just a joke."

The accusation might have come as a big surprise for them who have known actor Alok Nath for his roles in the movie. Alok is known for his "shanskari" roles in the Bollywood movies.

Vinta Nanda, a legendary writer, and producer of the 1990s' show Tara accused Alok Nath of sexually molesting her around two decades before. The worldwide #metoo movement gave strength to Nanda to speak against the violence. She said,

He was an alcoholic, shameless and obnoxious but he was also the television star of that decade, so not only was he forgiven for all his bad behavior, many of the guys would also egg him on to be his worst.

Nanda even said he harassed the show's lead actress who was not interested in him. 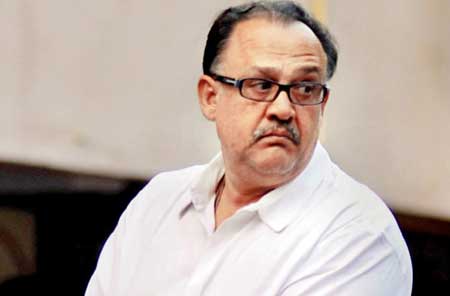 After the allegation, Alok Nath said he was neither accepting nor denying the accusation. He said:

I am neither denying nor admitting to this. It (rape) must have happened, but the culprit must be somebody else. I do not want to talk much about it because that would mean stretching the issue.

Several other women have been coming forth with their part of the story where they were sexually misbehaved or harassed by the renowned and powerful Bollywood and political personalities.