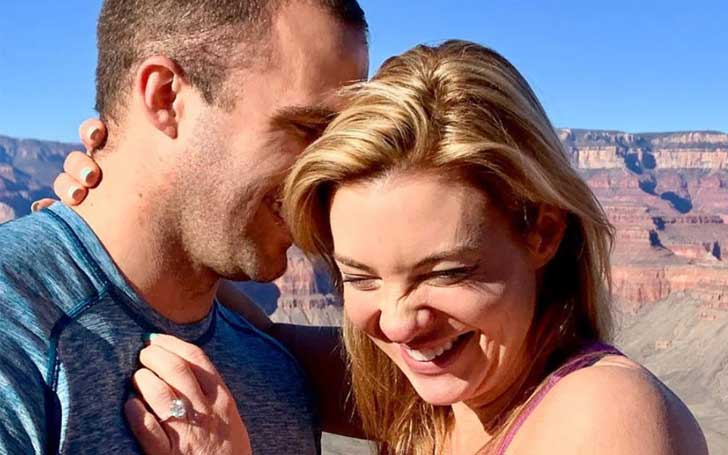 People reported the former reality stars got engaged on Saturday, 13th April at the Grand Canyon National Park, Arizona. A source close to the couple told,

He proposed after their hike and her sister was there. He was so nervous! Jessica had no idea what was happening. It was a total surprise.

Later on Sunday, 14th April, Francetic announced their engagement on his social media. He shared a photo of the lovebirds that showed them at the Grand Canyon where Griffin also flaunted her engagement ring. He wrote: "We got engaged" alongside the photo.

I just love how happy she looks.  Oh, and we got engaged at the Grand Canyon yesterday! And now @dr.jessicagriffin is mine foreverrrr #shesmine #nervouswreck @grandcanyonadventures @mpopefinejewelers

Jessica, on the other hand, also shared the photos of the couple from their romantic engagement where she wrote: "Jon was at a loss for words on his kee. So, I said yes" alongside the post. Here is the post:

I have always said, you can find love in extraordinary ways - you just have to follow your heart and be you, nobody other than you, and the right person will find you (if he’s persistent enough and eventually hunts you down and won’t take no for an answer .) For the first time in my history of knowing him, Jon was at a loss for words and a total adorable mess on his knee. So, of course, I said yes - just helping a guy out  Today, we celebrated yesterday’s Grand Canyon engagement by a sick mountain bike trail ride in Sedona where I decided to faceplant via an endo (where you flip head over feet over your handle bars) and landed on face likely breaking nose, bike landing on top of me and jacked up both legs. Zoom in for the proof. Hey, in my defense, I was a little distracted by this incredible guy.  I love you with everything I have. @jon_francetic #lovewins #engaged #shesaidyes

Before their engagement, a friend of the couple told People on Friday that Griffin and Francetic started dating more than five months after his season wrapped. The friend further said Jessica wants to focus on her relationship and start a family with her beau.