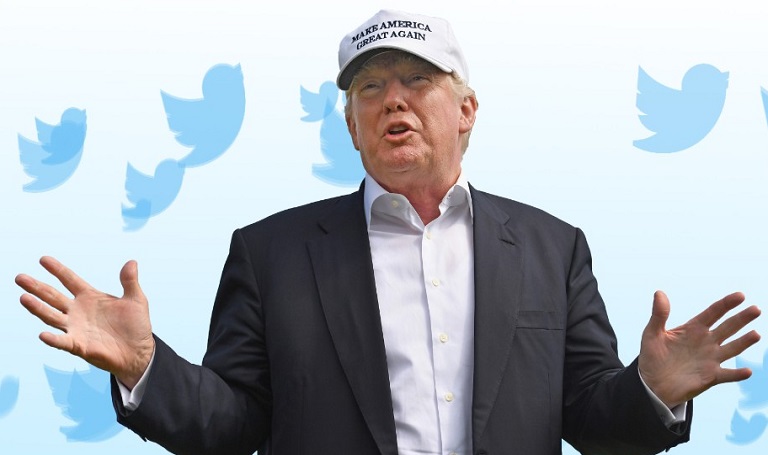 Donald Trump has never shied away from blocking the Twitter users just as he's never praised, Fox and Friends.But, why does he block people on Twitter? Well, if you look at the list, there's a pattern. It seems everyone is quite critical of him and after a certain point, he'd rather block them than Twitter Exchange.

Trump appears to have blocked users frequently which makes a long list. He often goes to  Twitter battles and blocks people who criticize him.

It seems the American President doesn't need any reason to block users on Twitter. Seeing his pattern of blocking users, it hints that he restricts users who disagree with him. However, it could also mean that he's tired of arguing?  Some of the renowned people blocked by Trump are listed below.

Holly is a Grammy-nominated songwriter and one of the national organizers of the "March for Truth" whom Trump has blocked since May 28, 2017. It happened just after she criticized him on his tweet that basically said Theresa May Leaked confidential information regarding Manchester attack to him.

British Prime Minister May was very angry that the info the U.K. gave to U.S. about Manchester was leaked. Gave me full details!

YOU ARE THE LEAKER, you bloody idiot. God, you're embarrassing. So glad we are finally getting the TRUTH. https://t.co/RddfpVuPiU @marchfeed

Famous horror/thriller genre author Stephen King is also blocked by President Trump He has been vocal in his opposition to the President.  Once, King commented on the President calling him a "textbook case of narcissistic personality disorder". Possibly this was the sufficient reason for the Commander in Chief to block him. See what he tweeted after he was blocked by Trump.

Trump has blocked me from reading his tweets. I may have to kill myself.

A non-profit organization of progressive veterans, VoteVets have been the latest victim of the Trump's Twitter block. The block came shortly after the group criticized Trump's Muslim Ban saying it was "unconstitutional, immoral and a threat to our national security." Later on, the VoteVets wrote, "The Commander in Chief can block us but we'll not be silenced." in a tweet.

The Commander in Chief can block @VoteVets, the voice of 500k military veterans and families, but we will NOT be silenced. pic.twitter.com/SaCN5hKU9R

The well-reputed Emmy-nominated actress Bess Kalb wrote President Trump's visit to the Middle East had been "embarrassing" in her tweet in May and she got blocked immediately. After she came to know she was blocked by Trump, she showed her amusement in a tweet

OH. MY. EFFING. GOD.
The President of the United States just blocked me on Twitter because I hurt his feelings. #MAGA pic.twitter.com/oB5zTAs7In

These are just a few examples of people who were blocked by Trump. After he started blocking one person after another, people started raising questions whether it's legal for the President to block someone on Twitter.