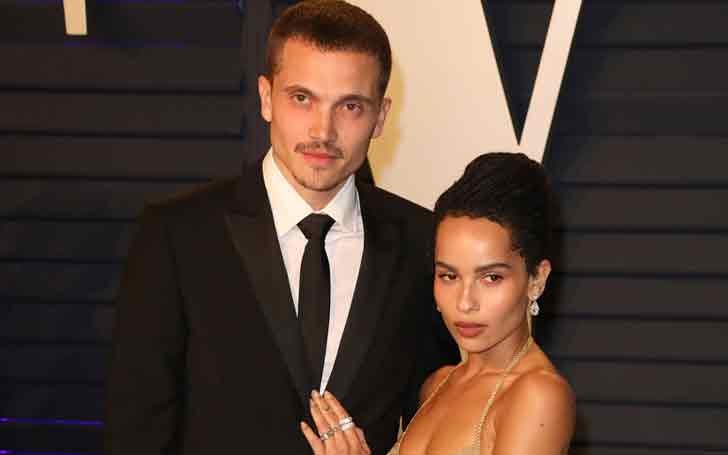 They are officially husband and wife! The Big Little Lies star Zoë Kravitz and her boyfriend of three years, Karl Glusman got married on Saturday, 29th June in France. 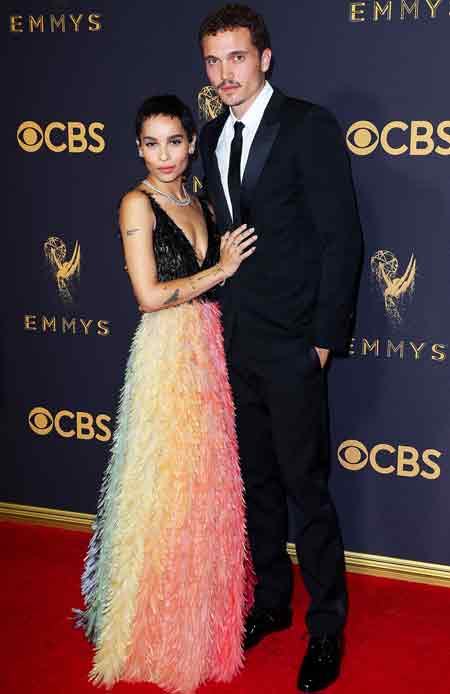 The wedding comes months after actress Kravitz revealed to Elle that the couple was engaged to be married. In late October last year, the couple were speculated to be engaged, which they confirmed in November.

Back in May, the couple was rumored to be married secretly, however, the couple didn't respond to the rumor.

According to the sources, Glusman had intended to propose Kravitz in Paris, however, their hectic work schedule scrambled his plans and he popped the question to her in the couple's living room.

Back in November 2018, the newlywed Kravitz opened up about her struggles growing up in a predominantly white community saying:

I went to a private school in Miami, surrounded by wealthy kids, mostly white. I felt like a freak because my hair was different, and little kids would come up and say, 'Can I feel your hair?'

The things that made me different were the things I didn't like about myself; I wanted to straighten my hair, remind people that I was half white.

Born to parents Lisa Bonet and Lenny Kravitz, Zoe started her career in 2007 with No Reservations and since then, she has worked in films like X-Men: First Class, The Divergent series.