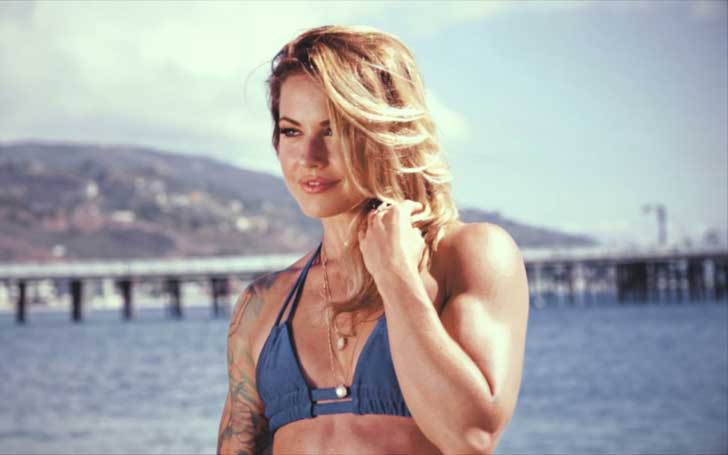 My family has a history of strong and unique names so I wanted to follow suit. I chose his first name Loyal because I believe it will guide him to have strong integrity through his life. It's a reminder that family comes first, which is why it is his first name.

I chose his second name Atticus from the Greek educator and philosopher to embrace balance and fairness through understanding. Neither is a family name, but I hope he will embrace his name as his own and follow the greatness he can bring to this world through love, understanding and fair action.

Later, the reality star took to her Instagram to announce the arrival of her first son where she shared the first snap of her newborn sleeping on her chest. "Please meet Mr. Loyal Atticus Abbott!" captioned Abbott her post.

Please meet Mr. Loyal Atticus Abbott! October 8, 2018 8 lbs 15 oz 22.5” long 11:28pm arrival Libra  Thank you all for all of your thoughts and well wishes. It was a LONG and HARD labor that didn’t go as well as I hoped for but his health is beyond what I could ask for so I’ll gladly take that trade. He is strong as hell and super happy. He even was lifting his head looking around only an hour after birth!  I’m already a very proud momma!!! I’d like to give more details about his birth but even more right now I want to spend time with him while recovering. It’s been a tough time but incredible time. #loyalatticus #nextgeneration #badassbaby #hearrived #hedidntfit #bestlife #badassmomma #welcometothisworld #tinybutmighty

Abbott's boyfriend and a fitness trainer Benjamin Bunn announced Abbott's pregnancy in March through a since-deleted Instagram post where he shared photos of the duo and one of their baby's sonogram. "Well, I've always expected the unexpected in my life and this year is no different! In January I discovered I am actually EXPECTING," wrote Abbott in a separate post.

Later, Abbott shared a snap of her and her beau from the sonography session. Abbott wrote "I'm 11 weeks today and am still in shock and awe of this transformation in my life," alongside the post.

I’m 11 weeks today and am still in shock and awe of this transformation in my life. I know it will continue to surprise, challenge, and reward me beyond my wildest belief but I haven’t grown accustomed to that yet. This moment, the first look at our baby, watching it’s heart beat so very fast, is etched into my mind and heart. It was a day packed full of emotion and I uncontrollably cried for most of it. I will never forget the details of this precious day of our growing family. @christaporto #babyphotographer #pregnant #pregnacy #11weekspregnant #familystrong #modernfamily #trainingforthepush #gratefulheart

Abbott competed in the 19th season of the CBS reality series in 2017 where she came third behind Josh Martinez and runner-up Paul Abrahamian. Before she conceived her first child, she had told that she was willing to explore a romantic relationship with Abrahamian outside of the house.