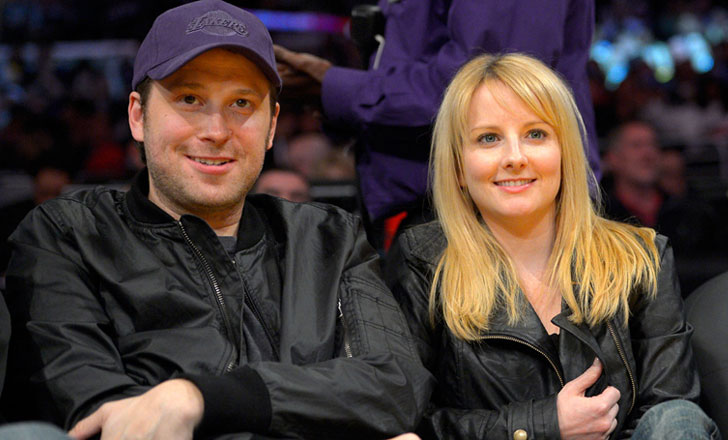 The actress, 37, took to her Instagram to announce the good news where took a photo bearing the message ''It's a Girl." The new mom captioned the photo as:

I am beyond over the moon to share that our beautiful baby girl, Sadie Rauch, has arrived and our hearts are bursting at the seams with love for her

Rauch's announcement received several good responses from her fans where multiple fans congratulated the couple for having their first child.

Rauch and her husband Winston announced they're expecting their first child in July while Rauch suffered a miscarriage in her previous pregnancy. She announced her pregnancy in an essay for Glamour.com where she also opened up about her previous miscarriage. Then she wrote,

Here is the only statement regarding my pregnancy that doesn’t make me feel like a complete fraud. Melissa is expecting her first child. She is extremely overjoyed, but if she’s being honest, due to the fact that she had a miscarriage the last time she was pregnant, she’s pretty much terrified at the moment that it will happen again.

She feels weird even announcing this at all, and would rather wait until her child heads off to college to tell anyone, but she figures she should probably share this news before someone sees her waddling around with her mid-section protruding and announces it first.

Melissa and Winston dated for around a year after meeting in 2006, before they got married in 2007.