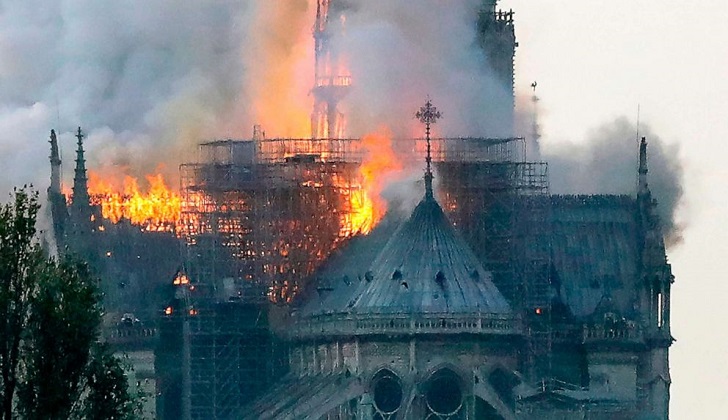 Over $1 Billion Has Already Been Raised From Ordinary Worshippers And High-Powered Businessperson Around The World To Rebuild The Notre-Dame Cathedral In Paris That Was Destroyed By The Fire.

After the French President set a controversial five years long deadline to complete the work to rebuild the Note-Dame Cathedral in Paris, donations started raising from all over the globe.

The constructions teams have already delivered planks of wood and a huge crane on the site on Wednesday. Likewise, the firefighters are examining the damage and shoring up the design of the Cathedral after the fire collapsed it’s spire and destroyed the roof.

The French President Emmanuel Macron raised up the pressure by setting a five years extended deadline to rebuild the 12th-century masterpiece. French President is reported to be holding a special cabinet meeting to discuss about the Notre-Dame disaster which many investigators believe was accident possibly associated with renovation work.

The Presidential cultural heritage representative Stephane Bern said broadcaster France-Info that around $1.38 billion had been collected in just a day and a half since the fire broke out. The contributors include rich to poor, far to near, from Apple and businessman who own Chanel, Dior, and L’Oreal, to Catholic parishioners to others from cities and small towns around France and around the globe.

The French government is currently gathering the donations and setting up an appropriate office to deal with the big-ticket offers.