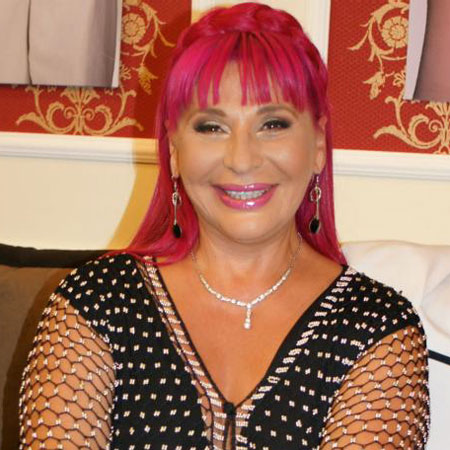 Zorica Brunclik is a popular Serbian singer from Folk music who is popular for both traditional and modern forms of music and songs. She is undoubtedly one of the best Yugoslavian artists. She was also a member of the Yugoslav Left Party.

Zorica Brunclick was born on 29 June 1955 in Belgrade, Federal People's Republic of Yugoslavia. Her father was of Slovak descent, and his mother belonged to Sumadija. Brunclik belongs to white ethnicity and holds a Serbian nationality.

CAPTION: Zorica Brunclik with her mothers and siblings SOURCE: Instagram

She was raised along with three siblings: two brothers and one sister.  After her parents had divorced, she spent her childhood in Smederevo with her mother.

Brunclick finished a course in Aranzerskoj School at the National University "Bozidar Adzija," and after that, she studied Law and Economics.

Zorica Brunclik's career came to rise after she was introduced to the music industry by Bora Spuzic Kvaka. She sang first five of her career at the pubs and restaurant and also performed at the hotel where she met Novica Urosevic.

Brunclik then got a chance to record her song for Radio Television Belgrade on January 20, 1975. The song was highly successful and sold a large number of copies of about 300,000.

She has recorded songs for several other stations including PGP RTB in Belgrade, Discos in Alexandrov's, and Diskoton in Sarajevo. She has released several duet songs in collaboration with other artists and has even guest featured at their concerts.

She took a break from singing career after the 5 October revolution and later recorded songs for several companies like Grand, Gold, and VIP.

Though Brunclik may not be a well-known celebrity throughout the world, she has been very popular in Serbia. Some of her songs gained huge popularity and were sold in huge numbers. The current net of her is believed to be around $3 million.

Zorica Brunclik has already married four times till now. Her most known husbands are Ljuba Keselj and Miroljub Arandelovic Kemis. Both of them are accordionists. However, the details about her two other former husbands are yet to be known.

She has four children altogether; three daughters and a son. Her daughter Golden is a well-known singer. Besides, her other two daughters are Mary and Miljana. Her only son, George Music is from her second marriage with Zoran Music.

Her son George is already married. She also has a grandchild born in 2013. It has already been more than 32 years that she has been with her husband, Miroljub Arandelovic Kemis. Brunclik once even revealed the intimate details in an interview.

She is also very close friends with Mira Markovic and her husband, Slobodan MiloševiÄ‡.