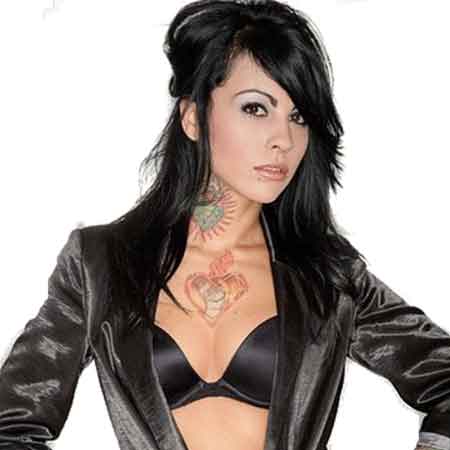 Born and raised in Charlotte, North Carolina, US, Zahra Schreiber was cut short when she got fired from WWE in 2015. She is an American model and professional former wrestler who previously signed with the WWE. In her time at NXT she made various small appearances at ring matches including dressing up as a skeleton to play one of Adam Rose’s Rosebuds.

Zahra Schreiber was born Zahra (zare-uh) Brittney Schreiber on April 18, 1988, in Charlotte, North Carolina, US under the birth sign Aries which defines her personality to be magnetic, upbeat, and entices. She is the daughter of former country singer Gina James.

Schreiber attended the House of Truth Wrestling School which was run by Truth Martini and Jimmy Jacobs. So as to follow her dream she graduated in the wrestling world.

Schreiber made her initial debut in LaSalle, IL on October 3, 2015, as a manager for Arik Cannon, Donovan Danhausen, Nick Brubaker and Ruff Crossing. Then she appeared in DreamWave Wrestling in 2015. But, It was later announced that Schreiber would make her official in-ring debut with DreamWave at Survival of the Fittest on November 7, 2015.

She teamed with co-wrestlers such as Crossing, Cannon, Brubaker, Danhausen in an effort of winning against Darin Corbin, Marshe Rockett, Prince Mustafa Ali, Mike Hartenbower, and Waylon Beck in a ten-man elimination match.

On August 31, 2015, she was fired from WWE NXT when the photographs depicting Nazi memorabilia in Schreiber's home in Saginaw, shared with then-fiancee Chad Ruglig, surfaced.

Schreiber also posted a statement on her Instagram, apologizing to everyone who was offended by her posts. She also made clear her stand on the controversial post saying she would like to make it very clear that she’s in no way, shape or form an anti-Semite, nor does she condone anti-Semitism.

She explained that the photos were nothing more than a story to her. Whatever she had dreamed and worked for is gone. She said it does not define her life but rather she would learn and be a much better person.

Zahra Schreiber net worth is not estimated and it is under review. From her past career as a wrestler and a model, she must have earned a decent amount of money but her actual income is not revealed yet.

Schreiber is yet to get married and is possibly single at the moment but talking about her past relationships, she had an affair with Seth Rollins. They dated almost one year and ended their relationship.

Their relationship was quite controversial as Rollins already had a long-term girlfriend, Lieghla Schultz when he started dating Schreiber and she did not take the news well. According to the reports, Schultz posted a naked picture of Schreiber and Rollins on Rollins' Facebook, Instagram and Twitter accounts. But none of them ever issued statements regarding the scandal.

Prior to Rollins, she was engaged to Chad Ruhling, a singer for the metalcore band of the Fallen Dreams. After eight years of relationship, they broke off.