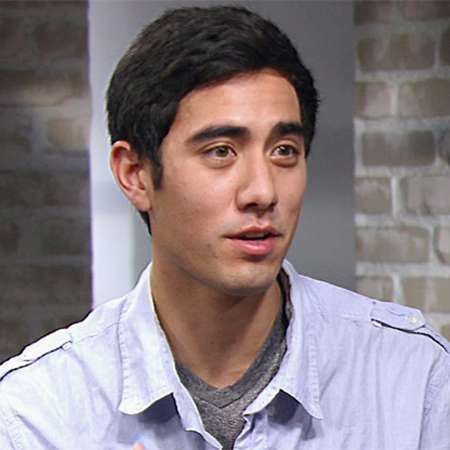 American internet sensation and YouTube personality, Zach King, is also a Vine star. He uploaded several magic videos on her YouTube channel from where he collected a huge fan following.

Regarding his personal life, King is married to Rachel Holmes with whom he is expecting a child.

Zach King was born on the 4th of February, 1990 in Portland, Oregon under the birth sign Aquarius. King holds American nationality and as far as his ethnicity is concerned, he is Mixed (half Chinese descent and quarter Australian descent). His parents raised him with his three younger sisters.

King was interested in filming and video making from a very early age. He made his first film at the age of seven, using a home video camera. He purchased video equipment at the age of fourteen and started editing and making videos since then. He was enrolled in the Biola University from where he graduated with a Cinema and Media Arts Major degree in 2012. He used to give seminar training and thus started making his own money to pay college tuition fees.

Initially, Zach King started his career from the website named FinalCutKing.com in 2008 which offered ideas as to how to use the editing software named the Final Cut Pro.

Today is launch day! Get my book and Download the free app at www.ZachKingMagic.com

King formed his self-titled YouTube channel in 2013 which helped him to gain social media attention using visual effects. He posts several magic tricks on his channel. On 14th June 2017, he posts a video, ''I Am Going to Read Your Mind-Magic Trick'' gained over 16 million views. As of 2018, his channel has over 2.7 million subscribers.

King has been named by YouTube as one of the 25 most promising filmmakers. He has also appeared in The Ellen DeGeneres Show and has also been featured in several media outlets for his vines.

Zach King has an estimated net worth of $1 million, but, the amount is still under review. King earns $1k to $16k monthly and $12k to $192.4k yearly from his self-titled YouTube channel. With such earning, he is maintaining his lavish lifestyle.

The YouTube sensation, Zach King, is a married man. King tied the knot to his longtime girlfriend, Rachel Holm on 28th December 2014 in a private ceremony attended by their families and friends. Since 2017, the couple is living as a family in the community of Rossmoor in Orange County, California.

As of 2018, King announced that he and his wife are expecting their child via Instagram:

We are having a baby!! Can you guess the name and gender? #fathersday

Previously, King was rumored to be dating YouTuber, Tiffany Alvord, as far as the news of the tabloids is concerned.