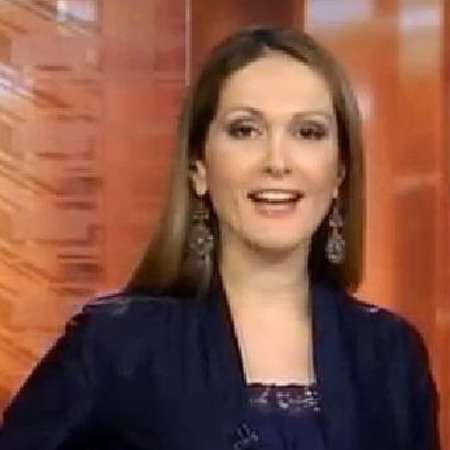 Yulia Shapovalova is currently working for the RT Int'l (formerly known as Russia Today). She is Moscow-based news presenter since the channel was established in 2005. She graduated from the Saratov State University, which was named after N.G Chernyshevsky. Yulia has been working for RT since 2005 in various posts such as broadcast journalist, correspondent, show co-host, news anchor and producer. Besides, she also worked as a voice-over artist at Carousel TV Channel.

Yulia Shapovalova is a very experienced media person. She has been working in RT Int'l since a long time. She graduated from Saratov State University in English Language and Literature. As she is a Russian native, she has the good knowledge of French (Professional working proficiency) and English (Full professional proficiency).

Yulia Shapovalova then joined RT as a broadcast Journalist from the year 2005. RT was officially launched on April 6, 2005, and now have 22 bureaus in 19 countries and territories including Washington, New York, London Berlin, Gaza, Cairo, Baghdad and other main cities of the world. She worked as a broadcast journalist for a year then shifted as a correspondent for another one year from 2006 to 2007. Later, she became a news presenter from the year 2007 to 2015 for eight years. Then finally now, she is working as a news presenter and producer at RT in Moscow, Russian Federation.

Yulia Shapovalova was also one of the eye-witnesses of 2010 Moscow Metro bombing. She explained that it was when she was returning after her night shift. When she got to the platform, she heard an explosion and filmed the happenings live.

Yulia Shapovalova, before starting her career at RT, worked as a PR manager in LUKOIL in Saratov for four years from 1999 to 2003. In the year 2009, she joined Channel One Russia Worldwide, where she was a voice over artist at Carousel TV Channel; she did the work for three years till 2012. Julia was also the 'Coffee with Milk' Morning Show co-host for NTV Broadcasting Company for five months from March 2015 to July 2015.

Yulia Shapovalova also has many volunteering experiences. She co-hosted Deutsche Tourenwagen-Meisterschaft for a year and also did a voice-over of Moscow double-decker bus tours for City Sightseeing Worldwide.  Yulia, for past three years, is associated with the Moscow Tourism Committee in the 'Face of the City of Moscow in European advertising campaigns. And in 2014, with SSK Capital River Boat Tour Company, she did voice over of Moscow river boat tours.

Julia Shapovalova is very much active on her social networking sites such as Instagram and Twitter. She has been constantly posting her updates of her work as well as her personal life and visits. Though she uses social sites more, there is no information about her early life and personal life. News about her dating life, married life, family or even friend and even net worth is hard to be found.

Yulia Shapovalova has been in the mainstream for quite a few years already. She is working in RT, which has a global reach of over 644 million people and +100 countries. Even though her salary and net worth are not revealed yet, we can say her earning is very good.