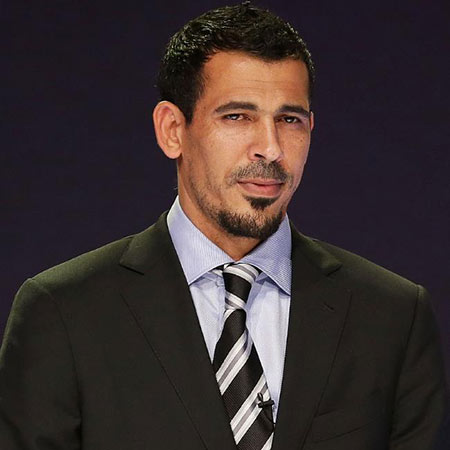 Younis Mahmoud Khalaf, currently a free agent striker, was born on February 18, 1979, in Dibis, Kirkuk, Iraq. As a result, he is Iraqi by nationality and ethnicity.

Younis Mahmoud started his career as a shooting guard for Kahraba Al-Dibis basketball team. He decided to play football when the team's football coach Muwafag Nouraddin explain the profit of playing football in Irag as there is more money involved. So, he switches to Kahraba Al-Dibis football team and regularly played for the side.

Younis Mahmoud, in 1999, left Kahraba Al-Dibis and moved to Kirkuk FC. There, he scored his first goal against Al-Kadhimiya in Round 8 of the 1999-2000 Iraqi Premier League. Later, he was downgraded to lower division for a while but managed to get on the top division before the end of the season. During his stay at Kirkuk Mahmoud was discovered by Iraqi's largest clubs both Al-Shorta and Al-Talaba and was invited to go on trial  by Al-Shorta but was shortly traded to Al-Talaba.

During Younis Mahmoud's first match for Al-Talaba at 2001-2002 Iraqi Elite League, he scored hat-trick within 10 minutes against his former club Kirkuk and won the match by 8-0. During his career at Al-Talaba, he won his first ever trophy after they defeated Al-Zawraa with a goal score 2-1 in Baghdad Cup 2001. During this season Mahmoud scored 13 goals for Al-Talaba. The team also won the Iraq FA Cup, in which Mahmoud scored 6 goals and a s sisted the winning goal in the final match. The same season he scored 4 goals in the Umm Al Ma'arik Cup, Al-Talab managed to get to final but ironically lose against Al-Shorta.

Younis Mahmoud, during the 2008-09 season,played for Al-Arabi club on loan and won the Sheikh Ja s sim Cup  . With this club, he played the 2008-09 Qatar Stars League and scored 2 goals in the league. In the middle of the 2008-09 season, he returned to Al-Gharafa and the team won the Qatar Stars League, in which Mahmoud scored 1 goal for the team. In 2009, for the second time, he earned the Golden Boot for scoring 21 goals for Al-Gharafa and won the  Emir of Qatar Cup for the third time.

In 2011, Younis Mahmoud  moved to Al-Wakrah and played in the 2011-12 Qatar Stars League, in which the team finishes at 7th place and Mahmoud scored 8 goals. During his career in Al-Wakrah, he managed to win the 2011 Qatar Stars Cup in which he scored 1 goal in the semi-final. Soon after Al-Wakrah team were knocked out from 2012-13 Qatari Stars Cup, Mahmoud signed with Al-Saad on 8 February 2013 and stayed here till the end of 2012-13 season. During his stayed on this team, he managed to win the league title for the fourth time and was equalled Na s ser Kamile's record goal in the Qatar Crown Prince Cup on 26 April of this season.

On September 16, 2013, Mahmoud signed a four-month contract with Al-Ahli club of Saudi Professional League. He ended the contract before two weeks of the official end. He then again returned to Irag after the 2015 AFC Asian Cup and played for Erbil and played only in AFC Cup games , because according to him he did not want to compete against his former team Al-Talaba in the Iraqi Premier League. However, on 12 September 2015, Mahmoud returned to his previous club Al-Talaba and was honored with a captain's armband and jersey number 9. At the end of 2015-16 season, Mahmoud  said that he will be taking a break from football for the coming season but denied that he had retired.

Mahmoud has married three times but his wives named is not disclosed by any media. However, his net worth and salary are not yet disclosed, he is living in millions. Although he is rich, Mahmoud lives a simple life.