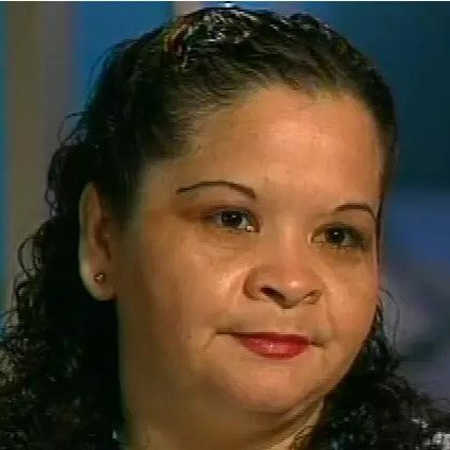 Yolanda Saldivar is a former nurse. She made headlines after being convicted of the murder of Tejano singer Selena Quintanilla-Perez. Referred to as the "Queen of Tejano music", Perez was an American singer, model, actress, and one of the most celebrated Mexican-American entertainers of the late 20th century. She was shot and killed at the age of 23 by Saldívar who was her friend and former manager. Saldivar was sentenced to life in prison with possible parole after 30 years which is on March 30, 2025.

Selena Quintanilla-Perez's Murder: Killed At The Age Of 23

Selena went to meet Yolanda Saldivar at a Days Inn motel in Corpus Christi on the morning of March 31, 1995. The singer went to retrieve the financial records, Saldivar had been refusing to turn over, however, Saldivar delayed the handover of the documents saying she was raped in Mexico.

After hearing Yolanda's ordeal, the singer took her to a nearby hospital where doctors found no signs of sexual abuse on her. After that, they returned to the motel where Selena again demanded the documents. That was when Saldivar took a .38 Taurus Model 85 revolver from her purse and pointed at the singer. 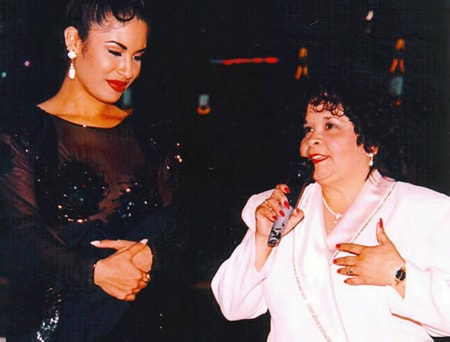 Aghast Selena tried to flee from the scene, but Saldivar shot her in the back injuring an artery. The singer further ran towards the lobby for help, however, she collapsed on the floor. A clerk in the motel called 911 and the singer was taken to hospital promptly where she was announced dead shortly after one that afternoon.

After around 22 years after the incident, Saldivar finally revealed the motive behind the murder. According to Latina.com, Saldivar told them she killed Selena so that she could evade the payment of approximately $200k that she stole while she administered the clothing stores and the Selena fan club.

In the talk, Saldivar also revealed Selena was pregnant with a child with her then-husband Chris Perez at the time of her death, however, Perez denied the fact.

Initially, the trials were set to conduct in Corpus Christi, Texas, however, the venue was shifted to Houston, Texas after Saldivar's lawyers argued she could never receive a fair trial in Selena's hometown.

Moreover, when the defendant claimed the revolver accidentally went off, the prosecutors argued the revolver that required 11 pounds of pressure to pull the trigger could only be fired intentionally.

On October 23, 1995, jurors found Saldivar guilty of first-degree murder after around three hours of discussion. On October 26, Saldivar was sentenced to life in prison, the maximum sentence available in Texas at the time, with the possibility of parole in thirty years.

As of now, Yolanda Saldivar is serving her life sentence at the Mountain View Unit in Gatesville. According to a fandom site's report, Yolanda has been placed in 23-isolation due to death threats from Selena's fans.

Yolanda Saldivar was born as the youngest of seven children to Frank Saldivar and Juanita Saldivar on September 19, 1960, in San Antonio, Texas. Her father, Frank, was a head-waiter at a Mexican restaurant, Jacala.

Talking about her educational background, Saldivar studied at Kennedy High School and later at Holmes High School. She attended Jay High school before enrolling at McCollum High School for a bachelor's degree in 1979.

Later in 1985, Saldivar joined the University of Texas and later took a transfer to Palo Alto College where she studied to be a registered nurse. She completed her bachelor's degree in nursing from Texas A&M International University in December 1990. On March 18, 1991, Saldivar received a license as a registered nurse from the Texas Board of Nurse Examiners.

Yolanda Saldivar's Career And Earnings Before Her Sentence

Following her graduation from Texas University, Saldivar started working as a graduate nurse at Medical Center Hospital. After she got her nursing license, she started earning $60,000 a year from her profession. However, she had to do a part-time job after she adopted three children, including her niece.

Dermatologist, Dr. Faustino Gomez sued Saldivar for $9,200 claiming she stole money from him after she started working for him in 1983. Saldivar and Dr. Gomez settled the lawsuit out of court.

In less than two months, Saldivar was sued by the Texas Guaranteed Student Loan Corporation after she failed to repay the student loan of $7,361. 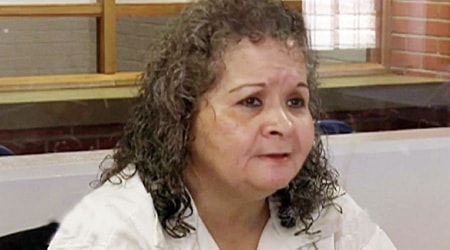 In the late 80s, Yolanda attended a concert by Selena after which she decided to form a fan club for the singer. She started calling Selena's father Abraham Quintanilla Jr. repeatedly over starting a fan club in San Antonio. Mr. Quintanilla finally gave in to her requests, and Yolanda formed the club and started serving as the president of the club.

The club started gaining several members, and by 1993, it had already reached 1,500 members. Within the next two years, the club became a union of over 5,000 members, becoming one of the biggest fan clubs in San Antonio.

Considering Saldivar's dedication to the fan club, she was later made the manager of Selena's clothing boutiques, Selena Etc. However, she was expelled from the company after she was found using her position for her personal benefit as well as stealing money from Selena.

Relationship Status And Net Worth?

The 59 years old, Yolanda Saldivar is living a single life in prison. Also, there is no information regarding her past love life. Well, she has been imprisoned in jail in her youth days and since then she has not got a chance to interact in the outer world. She also never talked about her love life and relationship before her life in jail.

The information about Yolanda Saldívar's net worth is not revealed. She is now serving life at the Mountain View Unit prison in Gatesville. She is an erstwhile nurse and a fan club president.