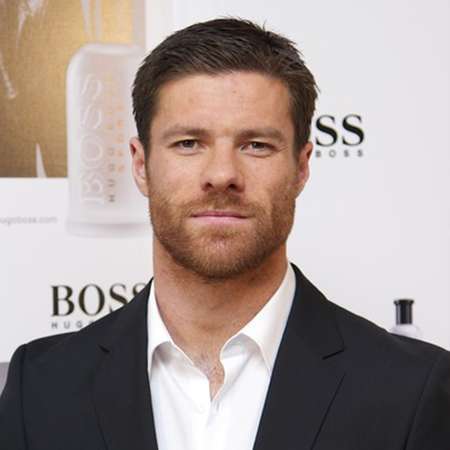 Spanish Football player, Xabi Alonso Olano is Central midfielder who began playing with the Spanish national team in 2003 and joined Real Madrid in 2009. He was named Spanish Player of the Year in 2003 and he won a World Cup title with Spain in 2010.

Alonso's father Periko Alonso himself had won La Liga twice in a row with team Real Sociedad. Periko won La liga third time playing for FC Barcelona. He grew up watching his dad train. With the encouragement from his dad he grew more interested in football and decided to play as a defensive midfielder.

Xabi Alonso was born on 25th November 1981 in Tolosa, Spain under the birth sign Sagittarius. He is the son of father, Periko Alonso  is a Spanish former football midfielder and manager and mother, Isabel Olano.

Alonso started with his hometown club Real Sociedad, where he gained further experience and matured as a footballer.Alonso rose to height with club Real Sociedad. He was loaned to SD Eibar for a brief period of time, he made a come back to Real Sociedad to become the team captain.

In the 2002-2003 season during his captaincy he took Real Sociedad to the second place. In August 2004 Alonso transferred to Liverpool for £ 10.5 million. While he played for liverpool, the team won the UEFA Champions League in the very first season with the help of his goal in the final which worked as an equalizing goal.

The next season he helped his team win the FA Community Shield and FA Cup. In 2009-2010 season, Alonso left Liverpool for Real Madrid. The deal was worth £ 30 million.

Xabi Alonso is the “brain” of Real Madrid. The speed and accuracy of his pa s sing and his vision of the game make him the reference point in the Whites midfield. His brilliance was crucial in winning the Copa del Rey in 2011 and the La Liga and the Spanish Super Cup in 2012.

Alonso is the only player in modern times to score consecutive goals from behind the half-way line for his club. He first achieved the feat in an FA Cup tie against Luton in January 2006 and his next goal for Liverpool was a soaring 70-yard effort to beat Newcastle's Steve Harper in September of the same year.

Winning the Champions League and FA Cup with the Reds, Alonso earned himself a larger fam foloowing than ever. he earns 4.5 million  Euros annualy. Xabi's market value is worth 12,000,000 Euros. He is 32 years old and stands 1.82 m tall.

Xabi Alonso Olano is married to Nagore Aranburu. The couple had their first child on 11 March 2008; a boy whom they named Jontxu Alonso Aranburu. Alonso stayed in Merseyside to be at his wife's side while she gave birth and he missed the match against FC Inter - onale Milano meanwhile

.This decision caused much friction with manager Rafa Benitez.Alonso and Everton F.C. player Mikel Arteta were neighbours on the same street while growing up in San Sebastian and also lived near each other in Liverpool.