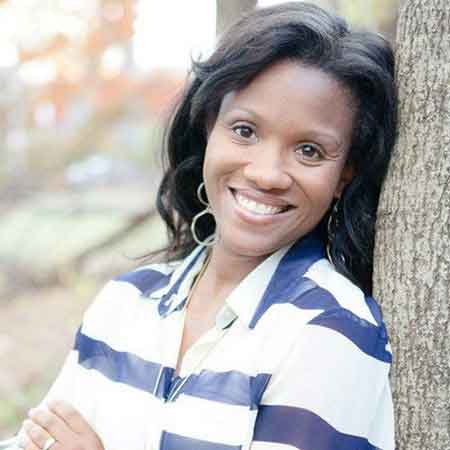 Wynter Pitts was an American, Christian author who has published several best selling books like You're God's Girl, She is Yours and For Girls Like You. Besides being a renown writer she was also the founder of the journal For Girls Like You Magazine. Sadly, Wynter died an untimely death on the 24th of July, 2018, the reasons for which are still not disclosed by the authorities and has been a s sumed as a heart attack.

Wynter Danielle Pitts was born Wynter Evans in Baltimore, Maryland in the United States in the year 1980. Other details regarding the date of her birth are unknown.

She was the daughter of Maurice Evans and Viola Carter who were devout Christians. She holds American nationality and her ethnicity was Afro-American.

Wynter attended the Roland Park Country School from where she completed her schooling. She was later enrolled into Drexel University of Philadelphia, Pennsylvania where took up Corporate Communications

Wynter Pitts started her writing career as a professional grant writer for many organizations namely St Jude's Children's Research Hospital of Philabundance and for the Oak Cliff Bible Fellowship.

Trusting God w/our Dreams-@AlenaPitts & I are joining @Zonderkidz on a series for tweens! https://t.co/CNhWpIpXjm pic.twitter.com/XaPnvhoq5b

While working as a grant writer she set her mind on becoming a Christian author and a blogger. During her lifetime she released a couple of famous Christian books named You're God's Girl Devotionals For Tweens, She is Yours- Trusting God as You Raise the Girl He Gave You and For Girls Like You. Wynter was also the founder of For Girls Like You magazine, whereas her husband is the co-founder.

Prior to her demise Wynter Pitts attended the conference focused on Christian teenagers called the Reel Girls Conference in Texas. There she carried out her work as the main speaker until the 24th of July, 2018 when she pa s sed away.

There are no details regarding Wynter Pitts' exact net worth. Her salary has also not been reviewed but we can be a s sured that she earned quite well as a grant writer and also the sales of her book were pretty good which could have added up to her current net worth.

Wynter Pitts was a beautiful woman who was married to Jonathan Pitts. They had met each other when they attended Drexel University and had also been working in the same organization.

Together they were blessed with four daughters Alena Pitts, Kaitlyn Pitts, Olivia Pitts, and Camryn Pitts. Her elder daughter Alena has already been part of a Christian film titled War Room.

The Christian author was 38 years of age when she died on 24 July 2018. Although the details on her death are unclear, colleague and fellow Christian author Renee Swope have stated that Wynter died as a result of a heart attack.