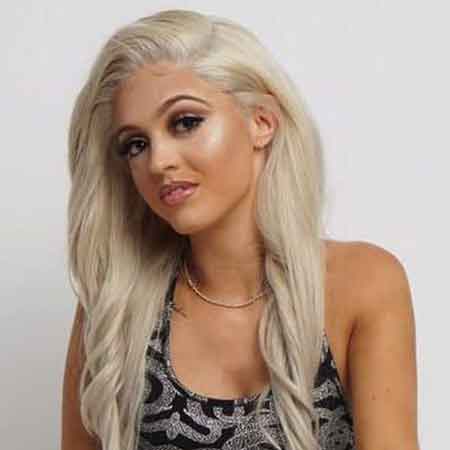 WoahhVicky is one of the popular social media stars. She has garnered a huge fan following on her Instagram account for posting lifestyle and meme-inspired photos. As of September 2018, she has over 2 million followers. She has also a self-titled YouTube channel where she has more than 400K subscribers.

Early Life And Education Of WoahhVicky

WoahhVicky was born on March 7, 2000, in Georgia, the United States. As per her Facebook profile, she spent most of her early days in the small town of Hiram, Georgia. Her real name is Victoria Waldrip. She is the daughter of successful homebuilding entrepreneur Steve Waldrip and Carla Johnson. She has also a sister.

WoahhVicky graduated from John McEachern High School. She holds American nationality and talking about her ethnicity there are a lot of speculations. It was reported in 2017, she was 44 percent African after taking an Ancestry.com test. The internet star also disclosed that her DNA results in one of her YouTube videos which showed she is  25% black. In the year 2018, her police report, however, confirmed that she is white.

One of her first viral hits was Summer Time Makeup Tutorial for Black Women which has earned thousands of viewers. She started her eponymous YouTube channel on Sep 24, 2013. As of 2018, she has over 400K subscribers on her channel.

I’m about to fall back and stay up out the way . Styled by @superdopeclosetq

WoahhVicky is also a successful Instagram model and has over 2 million followers as of Sep 2018.

WoahhVicky has earned a hefty amount of net worth from her various work. Her net worth as per estimation made by various online sources is believed to be over $1 million. She has a YouTube Channel where she has over 400K subscribers. And from her YouTube Channel, her annual income ranges from $7.9K-$126K.

WoahhVicky has also garnered a mega fan following on her Instagram account which is also one of her income sources.

WoahhVicky is not married yet but was previously in a relationship with American Instagram star Jon Jenkins, known under his alias Papi JJ. She was also announced that she is pregnant with him in July 2017, but shortly after that, Jenkins denied it.

As per sources, Vicky is dating young rapper Lil Virgin. Despite her immense popularity on Instagram, she rarely posts her photos on her account.

Vicky is also a good friend to rapper Lil Tay. She is a pa s sionate traveler too and some of the places she has visited are the Dominican Republic, Turks, Caicos, and Los Angeles.

In Feb 2018, Vicky was arrested by police at the Four Seasons Town Center Mall in Greensboro, North Carolina. According to police reports, when she was trespa s sing at the mall she was given multiple chances to leave the mall. She allegedly kicked a police officer. Because of this incident, she was charged with trespa s sing, a s sault on an officer and holding out on the arrest.

Once she also made headlines after she made the statements about her culture and ethnicity. She said that she is African-American. Due to this, he was dragged down to controversy after she was found out that she was white Caucasian instead of black. Following this issue, she has to close her Instagram account.

She also created a controversy after posting the racist music video regarding Asian men named "Ching Chong". Later on, it has been deleted. the video was said to be the response to the video of the YouTuber RiceGum who criticized her singing and claim her of being black.