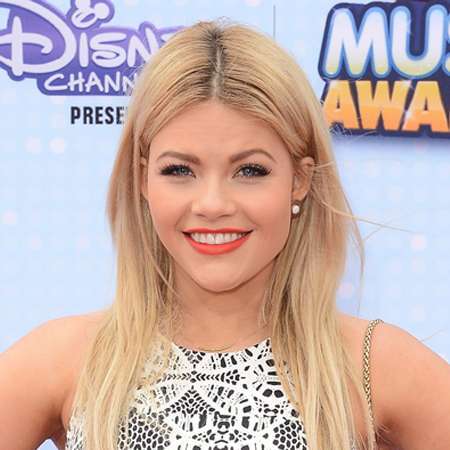 Witney Carson is an American professional ballroom and Latin dancer, actress, and choreographer. She was born on 17th October 1993 and was raised in American Fork, Utah, USA. She is a proud daughter of Tyler Carson and Jill Johnson-Carson. She is the oldest of four children with two brothers and a sister. She is an actress who is best known for So You Think You Can Dance, Dancing with the Stars, and Radio Disney Music Awards.

She was graduated from American Fork High School in American Fork, Utah and went to Utah Valley University. She started her career to be a dancer when she was at the age of 3. She took training in different dance style such as hip-hop dance, ballet, jazz dance, tap dance as well as ballroom dance among many others.  She grabbed the attention from the audiences when was 18-years-old and she auditioned for So You Think You Can Dance season 9.

So You Think You Can Dance became a very great platform for Carson to show her dancing skills to the world. She made it through to the top twenty finalists in the show. On the ninth season of the show, she was partnered with dancers Marko Germar, Stephen Boss, and Nick Lazzarini before she was eliminated from the show. However, she returned as an all- star in season ten, with the partner Paul Karmiryan and season winner Du-shaunt Stegall.

It was a time for Carson to show her magnificent dancing skills to another television reality show named Dancing with the stars. She was announced as a troupe dancer on the show in March 2013. She continued dancing and choreographing for the troupe until season 17 and from season 18, she was promoted to professional dancer. From that onwards she has become one of the top dancers on the show partnering with the stars such as Cody Simpson, Alfonso Ribeiro, Chris Soules and so on. She was also a part of a movie named Dancin’ It’s On!.

Giving some light to her personal life, Carson announced her engagement on 3rd October 2015 via Instagram. She got engaged to her longtime boyfriend whom she was dating for four years before their engagement. Later on, the couple got married on 1st January, 3016 in a private ceremony in Salt Lake City. Her fellow Dancing with the stars dancers Jenna Johnson, Emma Slater and Brittany Cherry were among the bridesmaids. She said that it was the most beautiful day of her life and she is very excited to live her new life with her husband.

There was a time in her life when she actually thought that she will not be able to dance again in her life. Shortly, after being selected in the show ‘DWTS’, she received the scariest news of her life. When she noticed a mole in her left mole she was rushed to the hospital and the doctor informed her that the mole in her foot was positive for melanoma which is the most serious kind of skin cancer.

Carson said, “It was devastating. Your feet are everything when you’re a dancer”. She further added,”I didn’t know if I would ever dance again’. Luckily, the surgery was successful and she recovered very quickly. She was born to be a dancer and she even battles with cancer. She is the most talented and gifted dancer. For more details about your favorite dancer Carson, she can follow on her Twitter account.