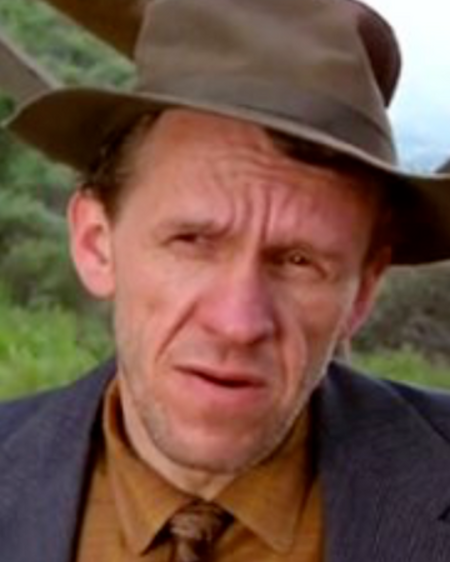 William Newman was an American theatre, film, and television actor known for his roles in movies like Leprechaun and Mrs. Doubtfire, and TV series like Ryan's Hope, Star Trek: The Next Generation, Knots Landing, and The Tick.

When Was William Newman Born? Where Was He Educated?

He attended Roosevelt High School, graduating in 1952, after which he went on to receive his bachelor's degree in 1956 from the University of Washington. He was a recipient of the Woodrow Wilson Fellowship which enabled him to attend Columbia University, where he earned his degree in advanced writing in 1960.

What Was William Newman Known For?

William Newman was a stage, film, and television actor who was active from 1965 to 2006. In the four decades that he was an on-screen presence, Newman was credited in nearly 70 movies and TV shows combined.

Newman has appeared in movies like Squirm, Brubaker, The Postman Always Rings Twice, Silver Bullet, Playing for Keeps, The Mosquito Coast, The Serpent and the Rainbow, Hero, Leprechaun, Mrs. Doubtfire, Jury Duty, Touch, Brown's Requiem, For Love of the Game, Devil in the Flesh 2, and Shadow: Dead Riot.

On television, he is most known for his roles in Ryan's Hope, The Murder of Mary Phagan, Star Trek: The Next Generation, Homefront, Knots Landing, The Stand, Women of the House, Party of Five, The Tick, Days of Our Lives, and My Name Is Earl.

When Did William Newman Die? What Was The Cause Of His Death?

William Newman pa s sed away on May 27, 2015, at the age of 80, from vascular dementia. He had been living at the Hayes Manor Retirement Residence when he pa s sed away.

Was William Newman Married? Did He Have Children?

At the time of his pa s sing, William Newman was married to his second wife, Margaret Ramsey, with whom he was married since 1983 and has a child.

Newman was previously married to Julia Tayon and had two children with her. His two surviving children are Liam, Katherine. His son Matthew pa s sed away in 1976 from a fall.

What Was William Newman Worth At The Time Of His Death?

William Newman was believed to have been worth around $1 million at the time of his death. The late actor had a prolific screen and stage career that spanned over four decades.