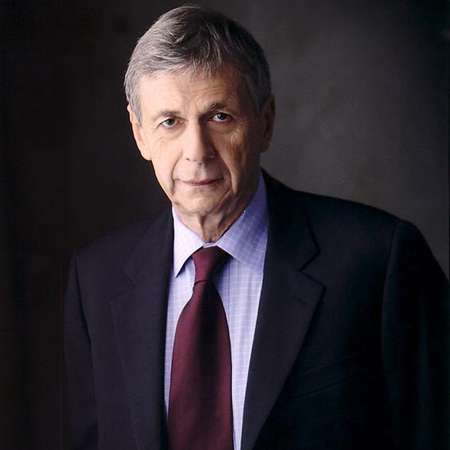 William Brice Davis is an actor and director of Canadian nationality, known best for appearing as The Smoking Man on the sci-fi series of television, The X-Files. Born on the 13th of January, 1938, his expertise and long experience in the field of acting has made his bio and career details searched by fans all around the world. He was born to a mother who was a psychologist and a father who was a lawyer.

William was born in Toronto in Canada and was enrolled in the University of Toronto for his educational degree of Bachelor of Arts in Philosophy. He started his career as actor at a small age in the Canadian Broadcasting Corporation. He also trained himself at the LAMDA and worked in the UK as a director in theatre work. He was the assistant director at The National Theatre of Great Britain in UK before he moved to Canada. He became the artistic director of the Festival Lennoxville after being the freelance director at several Canadian theatres. He also worked as a radio drama director and became the faculty member of the Humber College. He is also the founder of his own acting school named The William Davis Centre for Actors Study.

After his stint as a faculty member of a college and a director for several theatres, his tried his hand in acting and obtained several minor roles. The Smoking Man was his most iconic role which was portrayed in the sci-fi television series The X-Files. He appeared as a recurring actor after which he was given several roles in series like Smallville and Stargate SG-1. He has directed 49th and Main, Waste, Hay Fever, Sherlock Holmes etc. his other acting credits include in Showcase and Continuum.

The personal life of this versatile personality is known so as his career is. He has been known to be married and has been devoted to his spouse for the past 5 years. He married his former girlfriend Emmanuelle Herpin on 2011. The couple tied the knot and has been together since then. They seem to be devoted to each other and have no other extra marital affair yet. Apart from her, he has never been assumed to have dated anybody from inside or outside the acting fraternity. He however was previously married. The name of his previous spouse is not known. With his former wife, he has two daughter named Melinda and Rebecca. He is also a grandfather of two grandchildren from his previous marriage.

William’s acting and directing credits have led him to accumulate a net worth of a whopping 2 million dollars and he certainly gets a huge salary too. His height is 6 feet and 2 inches. His looks and appealing personality have made him a hugely successful actor.