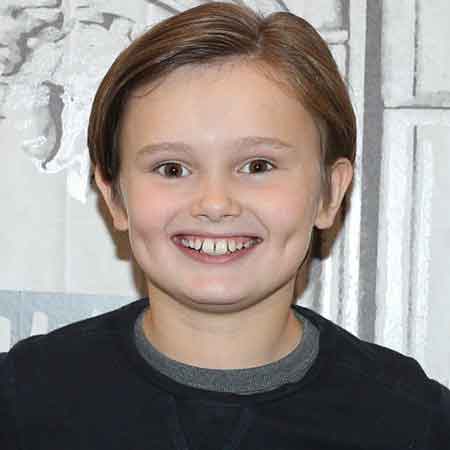 For most actors, only after years of training and thousands of failed interviews, they get their big break and that too if they are lucky enough but not for British boy Will Tilston. He went for his very first audition aged nine and got the role which changed his life forever. He became a star and a household name overnight after appearing as Christopher Robin in the biographical drama film, Goodbye Christopher Robin.

Early Life And Education Of Will Tilston

Will Tilston was born in 2007 in the United Kingdom. He is British as per nationality and as far as his ethnicity is concerned, he is Caucasian. Tilston is living with his family in the UK and is continuing his study.

When Tilston was very young, he wanted to be a dancer but as he grew up, he built his interest in acting. But he still loves dancing.

Soon after, he joined the D&B Academy of Performing Arts as a hobby and also took ballet and musical theater classes. While studying there his teachers spotted his potential and encouraged him to build his career in acting professionally.

Will Tilston's Career And Net Worth

When Will Tilston was nine, he gave his first audition and landed a role in the blockbuster movie, Goodbye Christopher Robin. He beat thousands of children to win the role of Christopher Robin (son of A. A. Milne). He was spotted by the same director, Simon Curtis, who discovered Daniel Radcliffe aka Harry Potter at the same age.

Tilston was really surprised after he earned the role and was also quite emotional. He says,

''All my family cried instantly. I was at my Auntie’s house at that point and they had a pool so I jumped into it.''

''I can't believe it. I thought that I would have tons of auditions. I didn't know it would be coming this soon.''

As per the director of the movie, he found Tilston very special. He said,

'' one of the best experiences I have ever had working with an actor. From the moment we met Will, we knew there was something really quite special about him. We’re delighted that we discovered him and so proud of what he has already achieved.''

Moreover, the movie starred Domhnall Gleeson, Margot Robbie, and Kelly Macdonald. He rose to fame after working in the blockbuster movie which was released on 29th September 2017. The same year, he worked in the TV series like Celebrity Page and Made I Hollywood in an uncredited role.

Besides, Tilston's net worth has not been revealed yet but he for sure earns an impressive salary. The talented actor has many upcoming projects from which we can see a rise in his net worth in the coming future.

Will Tilston, the rising actor, has won the hearts of millions of fans in the short period of time. Tilston has not worked in much movies and TV series but has already risen to stardom.

Besides acting, he loves dancing and playing games and spends most of his free time with his family.

Check out the interview with Tilston: