Facts of Will Cain

Will Cain is an American columnist, political analyst, and sports commentator currently working for FOX News Channel, where he co-hosts Fox & Friends Weekend.

He previously worked for ESPN for five years and was a contributor for The Blaze and CNN.

He has a good personality and has worked hard to maintain his body well-fitted as well. He stands at a good height too.

He graduated from Pepperdine University in 1997 with a bachelor's degree in telecommunications. After graduation, Cain got his Juris Doctor degree from the University of Texas School of Law in 2000.

For a time after getting his law degree, Cain lived on a ranch in Montana and began work on his first book.  He started his career after completing his studies.

Cain started his career as a journalist by purchasing two local newspapers and starting his own newspapers.

His papers were acquired by Stephens Media, after which he founded Quince Media circa 2006. He also founded a Texas-based newspaper group called Cain Communications. 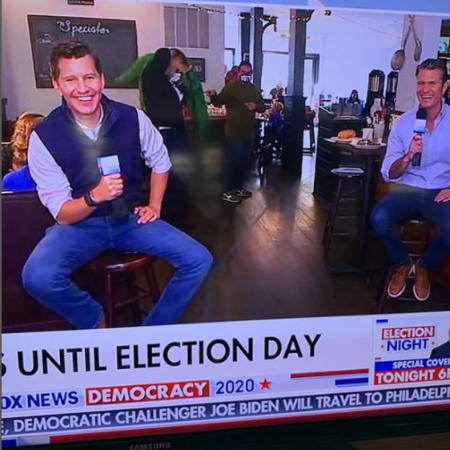 CAPTION: Will Cane during his show SOURCE: Instagram @ cwillcane

He started his broadcasting career as a political analyst for CNN. He was a conservative voice in the mostly left-leaning news outlet and became a fill-in host in the political talk show In the Arena from February to August 2011.

Cain also worked for the conservative media company Blaze Media, during which he hosted programs like Real News, Cain and Cupp, and The Cain Conversation.

Cain joined ESPN in 2015 and initially worked for ESPN Radio as a fill-in anchor. He was also a contributor to ESPN's Features Unit and the E:60 sports newsmagazine.

He also wrote columns for ESPN.com and ESPN Magazine. Eventually, he became a contributor on Outside the Lines and a fill-in host and frequent guest on First Take.

Additionally, Cain also hosted The Will Cain Show on ESPN Radio from January 2018 until his departure in June 2020.

As of this writing, the tv personality is married to his longtime partner Kathleen Cain. The beautiful duo shares beautiful chemistry whenever captured in the media cameras.

Besides, the political activist doesn't seem to have past relationships. Further, he shares healthy relationships with his friends. 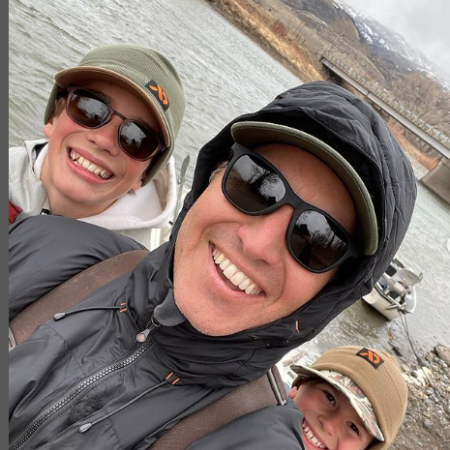 CAPTION: Will Cane with his sons during his vacation SOURCE: Instagram @ cwillcane

Cain and his wife have two children together: sons Charlie Cain and West Cain. The journalist is often captured with his sons during his vacations.

Cain was believed to have a net worth of $600 thousand as of August 2020. However, some online sources claim his net worth to be around $15 Million in 2022. Also, the tv personality is believed to earn more than $50 thousand a year.

His net worth comes from his career as a columnist, political analyst, and sports commentator. He has been a contributor to The Blaze and CNN/ He also spent five years as an ESPN contributor, during which he hosted The Will Cain Show radio show. He currently works for FOX News Channel and co-hosts the Fox & Friends Weekend show.